Three events decided on the opening day of play, Thursday 8th August, at the 2019 Para Bangkok Open, alongside the host nation, there was success for Chinese Taipei and for Malaysia; the names of the winners underlining the theme for the day.

Group organised events, the top seeds prevailed, in the remaining events still to decided, it was very much the same scenario, the most prominent names are very much on course.

Chayanan Settisrikoedkun flew the flag for Thailand; she emerged successful in women’s singles class 9 finishing ahead of Indonesia’s Hana Resti, colleague Wachiraporn Thepmoya and Singapore’s Kim Gim Sim. Unbeaten throughout but she did experience one close call; in her opening match of the day she was extended the full five games distance by Wachiraporn Thepmoya (7-11, 11-8, 11-13, 15-13, 11-8).

A close call for Chayanan Settisrikoedkun, for Malaysia’s Chee Chao Ming en route to success in men’s singles class 9, the situation was somewhat different; he did not surrender a single game as he progressed to gold. He finished ahead of Tonnie Heinen of the Netherlands, Thailand’s Sukij Samee and India’s Ranjit Singh Gujjar.

Impressive performances on a day when precedence told; however, there were performances to catch the eye as players occupying the third seeded position experienced problems. In women’s singles class 7-8, Indonesia’s Hamida Hamida experienced defeat at the hands on Thailand’s Sumalee Suangtho (11-6, 11-7, 11-9). 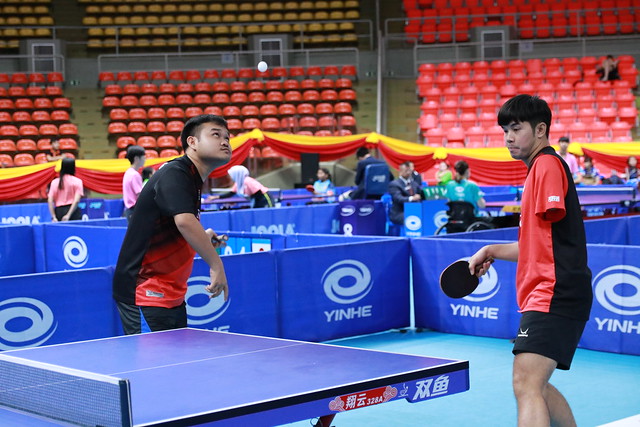