When the Liebherr 2019 ITTF World Table Tennis Championships came to Budapest, Hungary this April, a real festival got underway involving 564 players from 102 nations. The best view in town was at the Liebherr Live studio.

100 days since table tennis' biggest show ended, keep the party alive and enjoy the highlights from an unforgettable series! 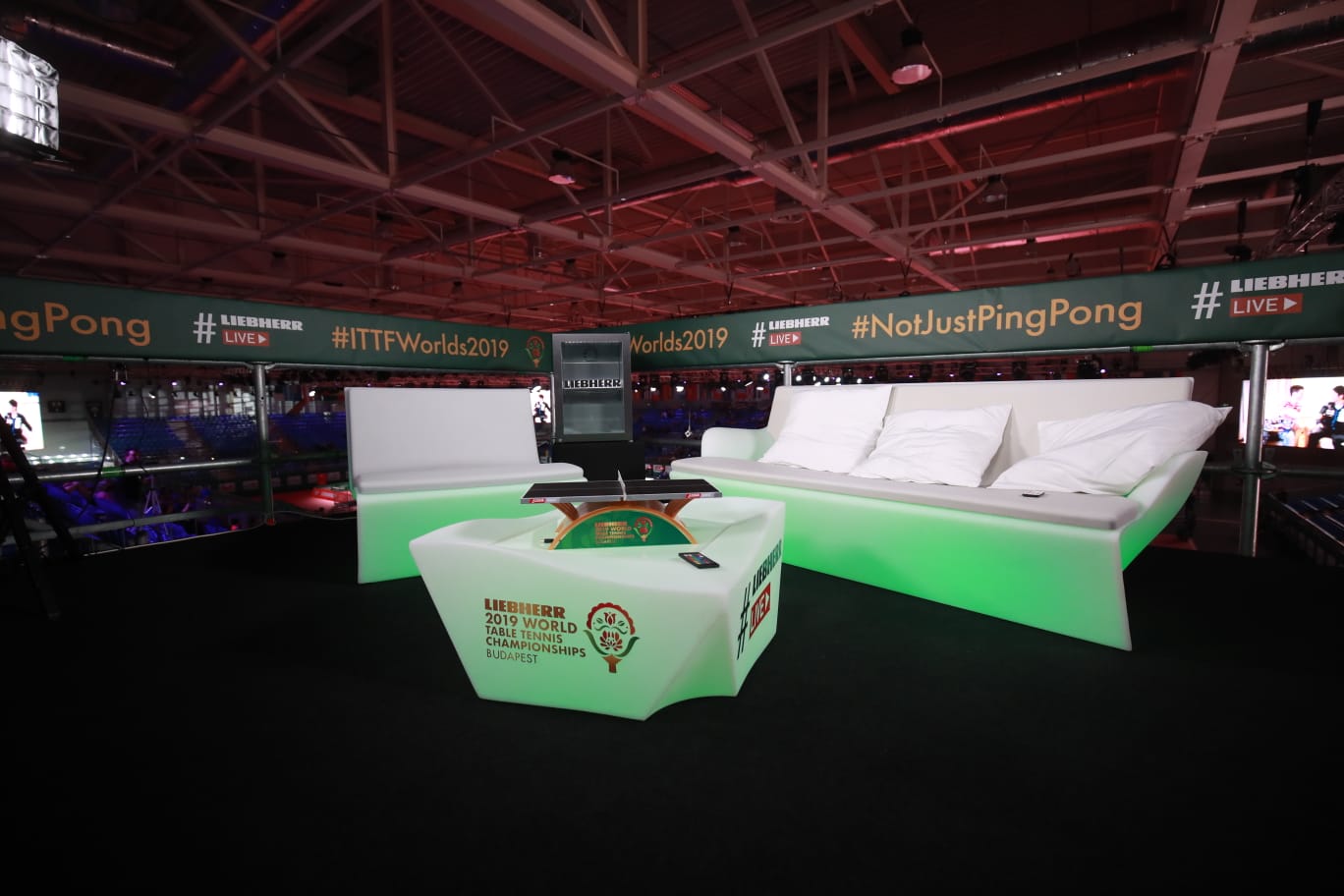 The Liebherr Live show was the best spot to catch the biggest moments at the Liebherr 2019 ITTF World Table Tennis Championships. We got to hear from the players, the coaches and the personalities for deeper insights at the Hungexpo venue. This made for some very interesting conversations for every single day of the event, both for the fans and the athletes themselves.

Starting from Day 1, we had an epic showdown with American Kanak Jha facing off against the defending champion, Ma Long. Liebherr Live gave the fans the opportunity to reach out and quiz the teenage athlete who gave Ma a mighty battle on the first day.

Speaking of revealing secrets, Frenchman Simon Gauzy took a break from the game to let people in on some of his off-the-table ‘tactics’. Some of these were particularly funny, as Simon’s girlfriend at home is sure to testify!

There was an Olympian panel in-house for Show 2, as Spain’s Galia Dvorak and Egyptian Omar Assar were invited. They were both very vocal about how tense they were, no matter how many World Championships they attend. This was well timed, given the huge upset with former world #1 Dimitrij Ovtcharov getting eliminated from the tournament.

Netherlands’ Britt Eerland and Indian Sharath Kamal Achanta were very comfortable on the Liebherr Live couch as they got into talking about how much playing against China’s Liu Shiwen was a mental battle to Britt, and Sharath’s hopes for India in the future World Championships.

The ITTF CEO Steve Dainton was then called up on Liebherr Live to speak about the reforms being implemented for the World Championships Finals from 2021 onwards and providing the fans a first-hand view of the future of table tennis.

Given that the 2021 World Championships will be in Houston, Texas – making it the first time since 1939 that the event will be hosted outside of Europe or Asia – the fans were left fiercely excited.

Liebherr Live hosted India’s Manika Batra and China’s Zhu Yuling to speak more about the women’s singles’ competitive nature and just how much respect the two have for each other. Speaking from the heart at such a radiant talk show, Manika admitted to having modelled her career after China’s Ding Ning, and that she hoped to emulate her one day.

Hugo’s in awe of women’s finest

There were countless spectators who had their jaws dropped in the thriller match between Liu Shiwen and Ding Ning in Budapest – none more so than Hugo Calderano. Having just played Ma Long himself, the ‘Thrill from Brazil’ was still engrossed with the amazing battle that the Chinese duo had put up at the World Championships:

You never forget your first!

Liebherr Live had a treat for its Hungarian fans, as rising star Bence Majoros joined the fray with the 1993 World Table Tennis Championships bronze medallist, Zoran Primorac of Croatia. This was the perfect moment for Bence to speak about his first experience at the World Championships and just how many he hoped to attend in the coming years:

Egyptian Dina Meshref got into a rather excited discussion with German coach, Richard Prause, about how Ding Ning and Liu Shiwen both experienced the rare 11-0 scoreline and what exactly an athlete’s mindset would be in such a situation:

2019 World Champion Liu Shiwen dropped by Liebherr Live to speak about her engaging conquest over the world of table tennis and joining the show later was American Lily Zhang. Discussing how it felt to actually touch the trophy, Liu was still feeling surreal about the entire week.

Roaring with the Dragon

The only possible way to conclude a gold-standard show is to meet the champion himself just moments after his third time winning the World Championships. Ma Long was fittingly the final guest on Liebherr Live, and to say he was gushing with happiness is an understatement.

Calling his opponent in that epic men’s final the “toughest he could have faced” Ma was very complimentary about Mattias Falck and suggested the Swede even had the features of an “Asian player”.

What a special eight days these had been in Budapest! Join us as we rekindle the magic of the world’s best table tennis athletes in three minutes: