Listed in sixth place on the current world rankings, at the 2019 Pan American Games in Lima, the table tennis events commencing on Sunday 4th August, the name above all others to note is that of Brazil’s Hugo Calderano.

He is the player who is modern times has taken the continent to new heights; in the Peruvian capital city he seeks to repeat and add to the success of four years ago in the Canadian metropolis of Toronto. 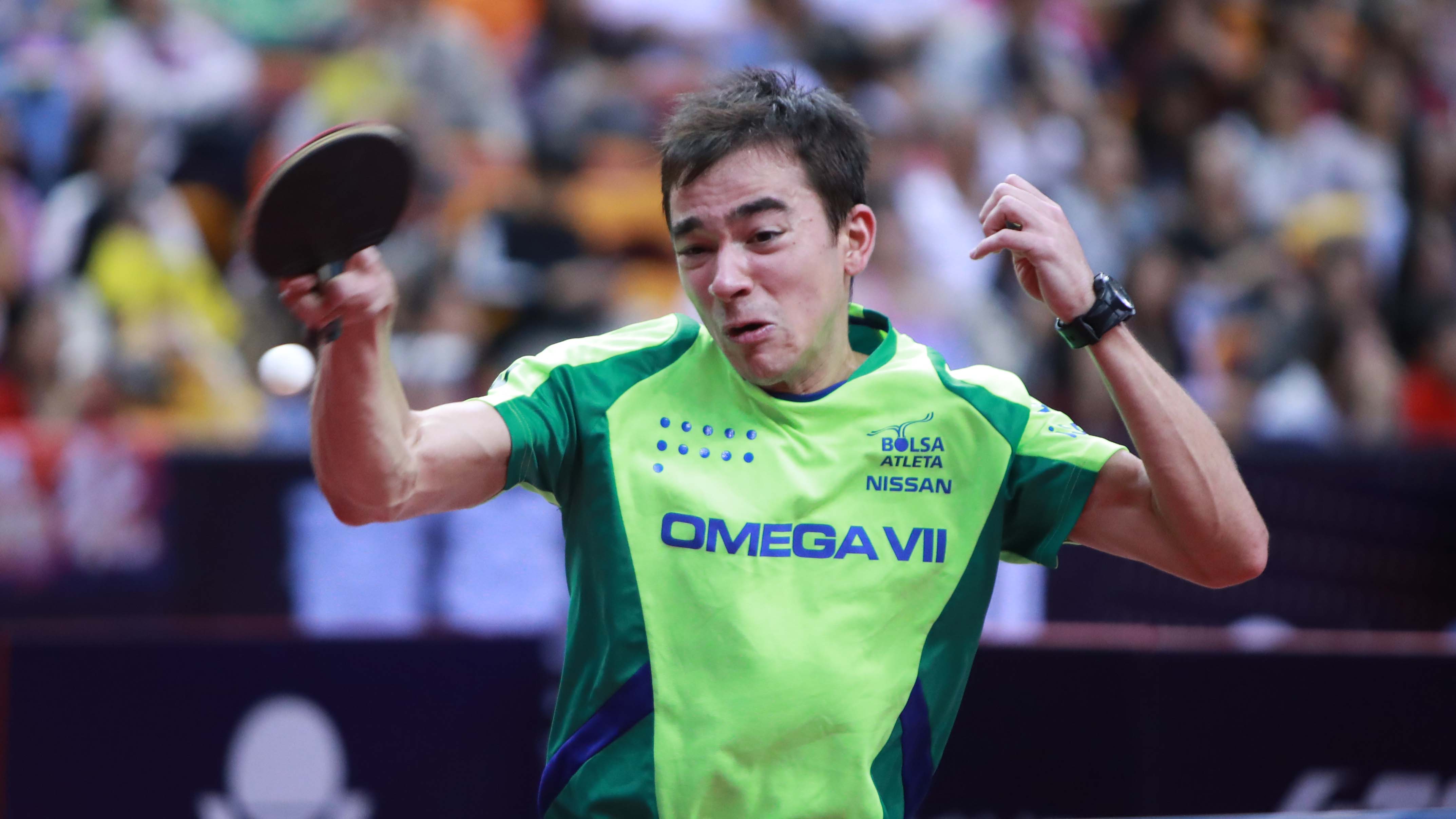 In 2015, after having joined forces with Thiago Monteiro and Gustavo Tsuboi to claim men’s team gold, he duly won the men’s singles title, a success that at the time matched the bronze medal he had secured at the Nanjing 2014 Youth Olympic Games.

Hugo Calderano does not appear in the mixed doubles but in addition to the men’s singles, he partners Gustavo Tsuboi in the men’s doubles and lines up alongside Gustavo Tsuboi and Eric Jouti in a slightly different men’s team selection to Toronto. Eric Jouti replaces Thiago Monteiro in an outfit the same as at the Liebherr 2018 World Team Championships in Halmstad; notably Brazil reached the quarter-finals.

However that event is somewhat in the future, the team events conclude matters on Saturday 10th August. It is mixed doubles, followed men’s doubles and women’s doubles that commence proceedings.

Just as in the men’s team event, Hugo Calderano is at the top of the list, he partners Gustavo Tsuboi for whom it will be a busy day; he joins forces with Bruna Takahashi in the mixed doubles. Gaston Alto and Horacio Cifuentes form the second seeded pair in the men’s doubles event; next on the list is Puerto Rico’s Brian Afanador and Daniel Gonzalez followed by Paraguay’s Marcelo Aguirre and Alejandro Toranzos.

Earlier this year at the Universal 2019 Pan American Cup in San Juan, to say Hugo Calderano coasted to victory would be unfair to his most worthy opponents, especially in the later rounds when he faced Paraguay’s Marcelo Aguirre and Kanak Jha of the United States. However, it is fair to say that when crisis loomed, he was a step ahead.

Similarly, in Lima, Hugo Calderano is the top seed and could well face familiar faces, next on the list is Gustavo Tsuboi followed by Kanak Jha and Marcelo Aguirre.

Back from the precipice, Melanie Diaz steers Puerto Rico to greatest hour

Brazilian evolution the subject in Lima