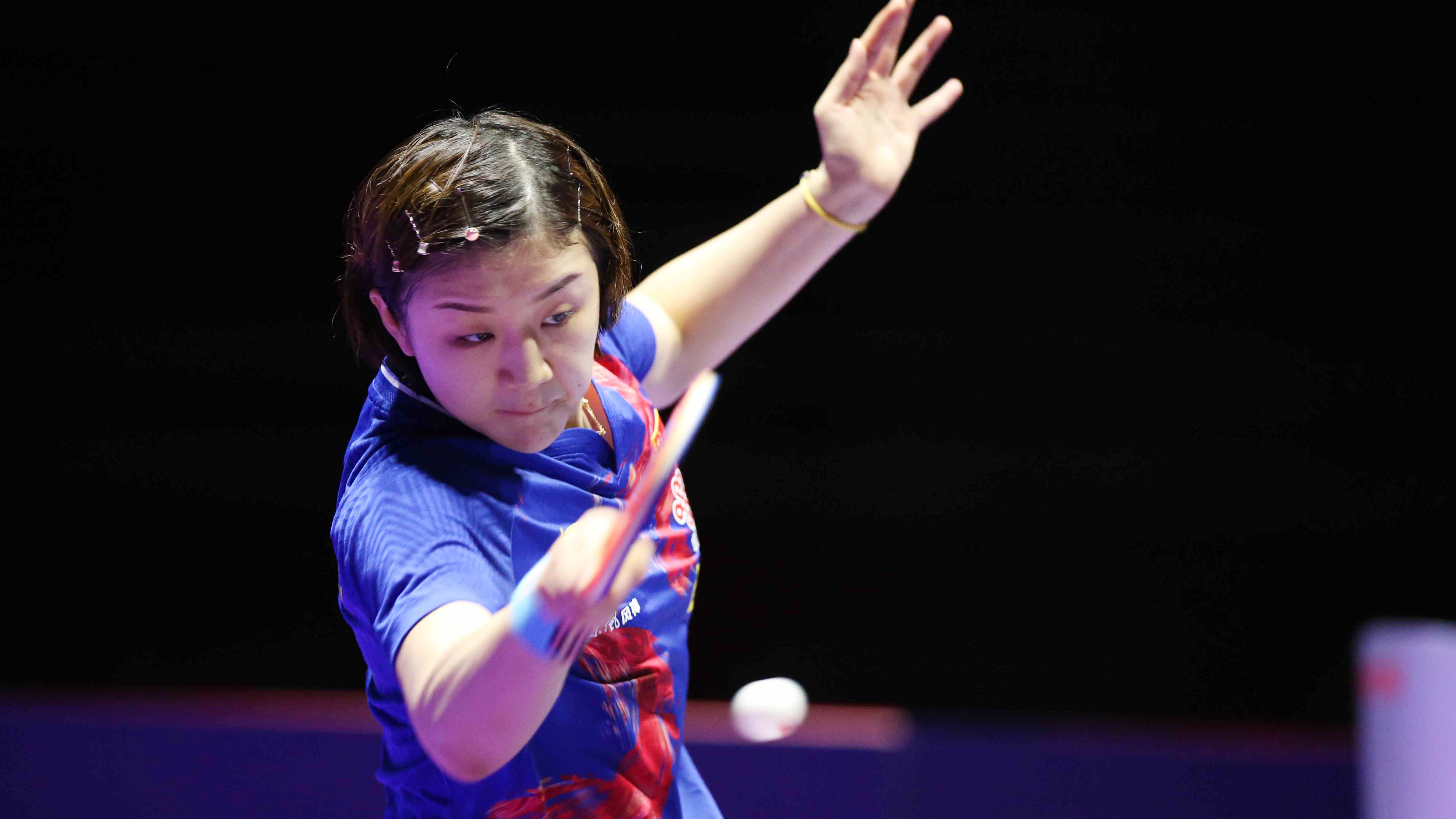 Ma Long’s preferred weapon has always been a confounding forehand rhythm, but the kryptonite wasn’t strong enough for Xu Xin on this day in Busan. The Cloudwalker succumbed only during the first game, then unleashed his own winning formula, raining a barrage of attacking strokes to overcome the “Dragon” Ma with aplomb. Result: the title in five games (7-11, 11-6, 11-9, 11-7, 11-8) for Xuperman, whose golden summer continues.

To tackle the best of your generation and emerge victorious is what every champion strives for, and Xu sees it no differently. Having come out on the losing side of many battles with the revered Ma Long over the years, for Xu honour is in the name, not necessarily the game.

“Winning the title is not the reason I am feeling happy. I am happy because I beat Ma Long.” Xu Xin

Chen Meng, with a bang

“In my mind I want to go all the way now,” Ding Ning said after defeating Sun Yingsha for the right to face against Chen Meng in the women’s singles final. In her first World Tour final since the 2018 Australian, the Queen of Hearts came in on a high, having staged a brilliant comeback from a 3-1 deficit to eliminate Sun Yingsha in the women’s semis, and had every reason to believe the momentum would carry over.

But given a second chance to win the title she lost here last year, Chen was not in the mood to be messed with. Having cut her teeth in a seven game thriller against Wang Manyu to earn the right to play in her third World Tour final of the year, Chen seized the opportunity and ran with it.

The 25-year-old World no.1 ruthlessly contained Ding with her signature backhand to forehand corner slice to jump out to a 3-0 lead, but the Queen was determined to have her say too, and in the fourth game she finally got a word in edgewise. Though eventually overcome 4-1 (11-5, 11-6, 11-5, 7-11, 11-9), Ding’s resurgence remains one of the main storylines of this competition.

Chen, who began 2019 by winning the Hungarian Open, has now added a second victory, further gilding her World no.1 status.