Han Ying and Bernadette Szocs proved the backbones of success but the heroines were Nina Mittelham and Daniela Monteiro Dodean as Germany, followed by Romania, booked their place in the final of the women’s team event at the Minsk 2nd 2019 European Games on Friday 28th June.

Germany, the top seeds recorded a 3-2 win against Poland, the no.7 seeds; by the same margin Romania, the no.2 seeds, accounted for Hungary, the no.3 seeds. 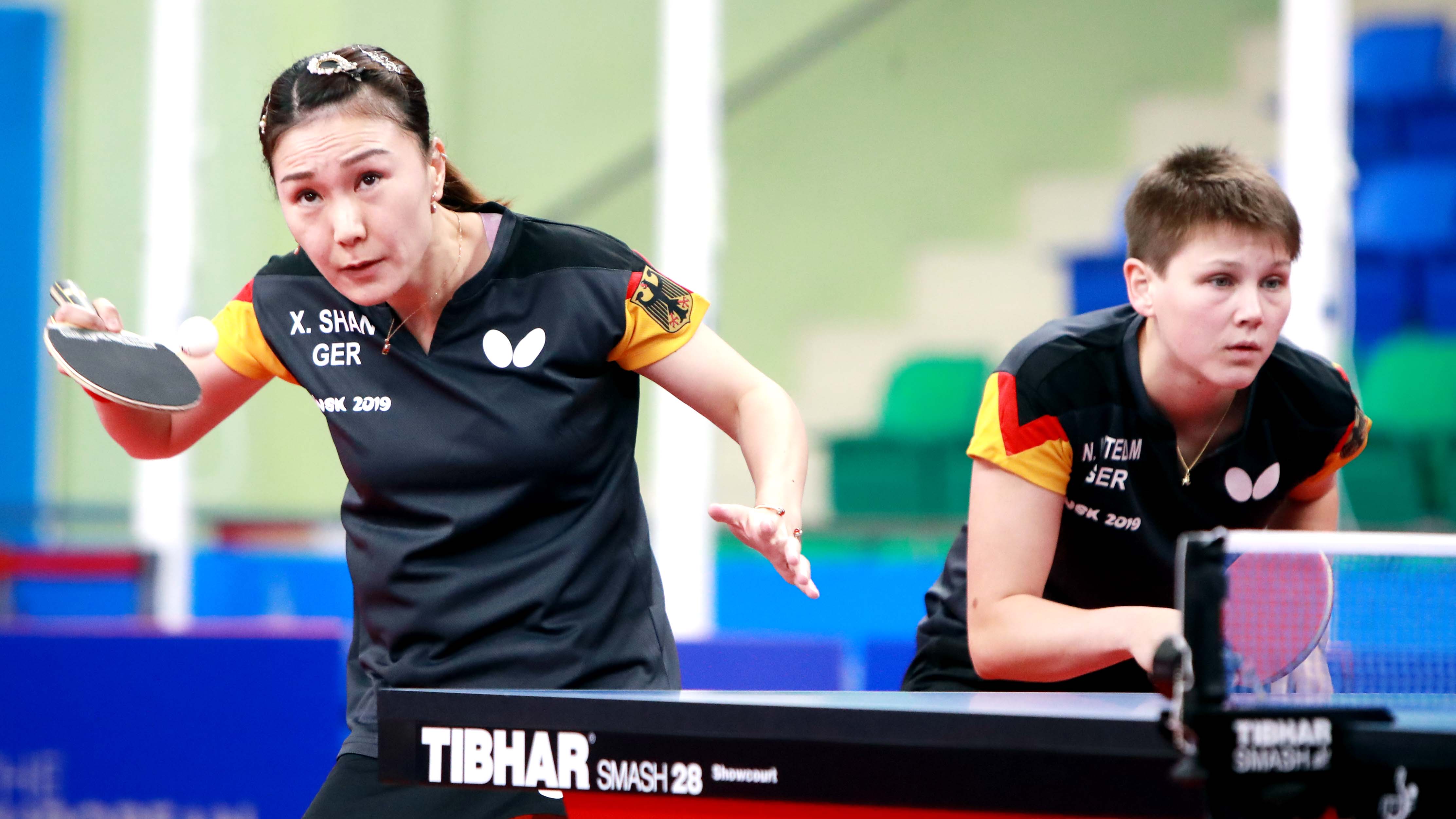 “For the doubles, I have not had much many chances to partner Shan, so it was very difficult for us. It was also her first match here and it did not end up well for us. Luckily, Han played two amazing matches. She won quite easy and it opened the door for us. I am happy I seized the opportunity that has been given to me.” Nina Mittelham

“I did not think about the fact she is the European champion. What really was on my mind is the thought that I can play well against a player with the defensive style of play. I was shaking before the match but after it started I felt well; I felt the ball and my confidence rose. I believed I could win. In the fifth game she was up. I was tired, but I realised she was also tired too. I kept on attacking, I was thinking only about the next ball.” Nina Mittelham

“I am so happy for Nina; this was an amazing match for her. She deserved this win.” Han Ying

A tension packed contest, it was no different for the Romanian trio of Daniela Dodean, Elizabeta Samara and Bernadette Szocs in opposition to Hungary’s Dora Madarasz, Szandra Pergel and Georgina Pota.

“In the doubles we had a chances but the unfortunately we suffered the same fate as at the Portugal Open. We lost the decisive game by a narrow margin. I should not have lost the singles match but it happened. I was just not good enough today and she was better. The good thing is that we have a very strong team and if one of us makes mistakes, we have great support and enough quality from the others. Daniela was a real hero today.” Elizabeta Samara

“I was well prepared for all players but I hoped it will be Pota first. Mentally that would have been easier for me.” Bernadette Szocs

The bronze medal match followed by the final will be played on Saturday 29th June; the winners qualify for the Tokyo 2020 Olympic Games.

Quotes of the Day