Quarter-finalist just over one year at the Gold Coast Commonwealth Games, Australia’s Jian Fang Lay is very much the leading name on duty at the 2019 ITTF-Oceania Cup; the goal to once again gain a place in the ITTF-Women’s World Cup, this year the tournament to be staged in late October in the Chinese city of Chengdu.

Staged in Bora Bora a tourist destination in French Polynesia, play in the two day event commences on Saturday 25th May.

Third place in 2016 when the tournament was staged in Melbourne, Jian Fang Lay seeks three in a row, she won in 2017 in Fiji and last year in Vanuatu.

Jian Fang Lay is the clear favourite but as in the men’s singles event there is an opportunity to recover; the players finishing in the first three places advance to the second phase played on a knock-out basis. Additionally a play-off for third place will be held.

Also very much at the vanguard of the host nation’s hopes last year in Gold Coast, the irrepressible Heming Hu starts the favourite in the men’s singles event. Likewise his ultimate goal is Chengdu and a place in the Men’s World Cup, also to be held in October.

He appears in the same group as New Zealand’s Dean Shu, Tahiti’s Ocean Belrose and New Caledonia’s Arthur Mas. In the counterpart group, very much the name to note is that of New Zealand’s Nathan Xu, a familiar face on this year’s ITTF World Junior Circuit. He lines up alongside Australia’s Rohan Dhooria, Vanuatu’s Yoshua Shing and Vicky Wu.

Meanwhile, in addition to the ITTF-Oceania Cup, the Pacific Cup will be once against staged, an event for which players from the two major land masses of Australia and New Zealand are not eligible. 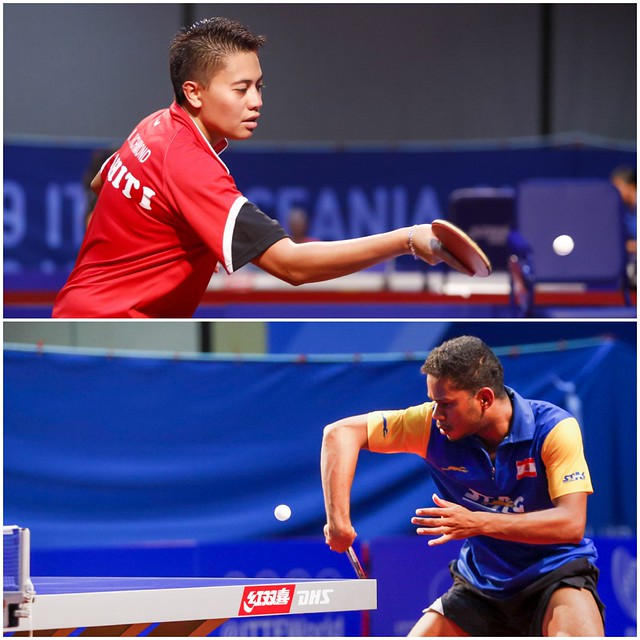