Education at the heart

A keynote speech by Korea Republic’s Ryu Seungmin, the Athens 2004 Olympic Games gold medallist, now a member of the International Olympic Committee (IOC), proved a major attraction at the ITTF High Performance and Development Workshop held on Tuesday 23rd April on the occasion of the 2019 Liebherr World Championships in Budapest.

In addition, a round table on education plus a group workshop session were principal features. 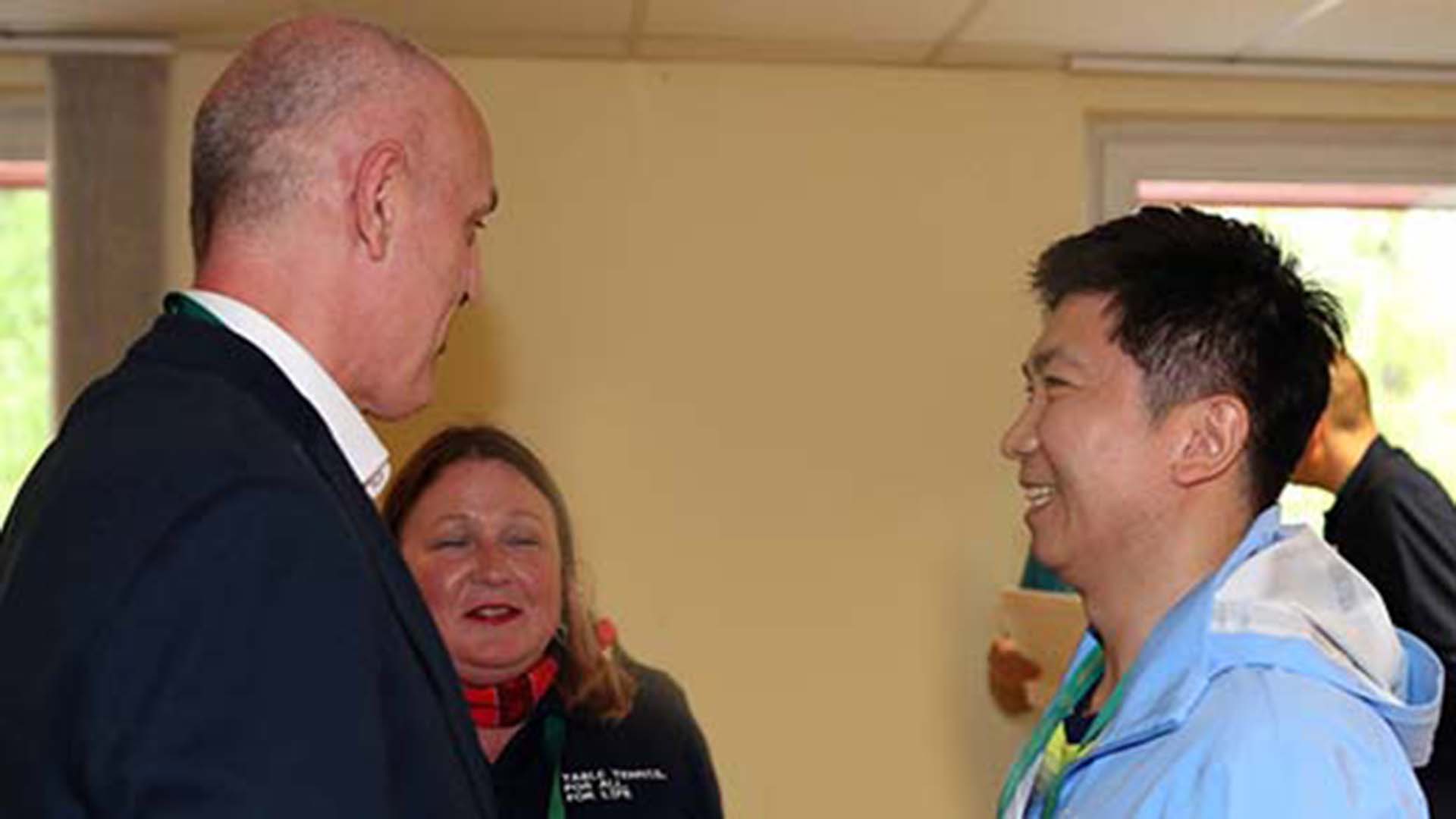 The workshop commenced with a welcome by Thomas Weikert, ITTF President, who then passed the floor to Ryu Seungmin.

In his keynote speech on the “Secrets behind a successful Dual Career”, he shared his own journey from athlete to current IOC member. Speaking about training as a child, with the Olympic Games in mind as the ultimate goal, he recalled that he put his determination to become a successful table tennis player before anything else, including a formal education.

He emphasized the important role of the athlete’s entourage, in particular the coaches, in preparing players not only for challenges during their playing career but also for those they will face after they retire. He also shared his own role in educating today’s athletes to prepare for life after sport, as an IOC educator for the Athlete 365 Career Plus programme.

The workshop continued with a Round Table on Education; the panelists being Bruce Burton, Executive Vice President in charge of Development, Ladislav Petrovic, Secretary General of the International Council for Coaching Excellence and Richard Prause, Technical Director of the German Table Tennis Federation. In connection with the newly developed Educational Matrix, the panel discussed the background and structure of a successful educational programme.

Richard Prause addressed the subject of the German coach accreditation system, which blends an online platform with practical skill sessions and examinations. Ladislav Petrovic suggested that since the skills a coach needs are well known, one of the most important things to consider when creating an educational system, is the way coaches learn. He believed an online element was essential. He also stressed the importance of the development of coaching course instructors and that a successful educational structure relies heavily on these educators.

Ramon Ortega Montes, ITTF Head of Education, explained the plan for the creation of new courses and a new structure that would be truly global; the aim to have a globally recognized coach accreditation system that will make a move from one country to another an easy process.

The Round Table was followed by a group work session. Four groups each discussed a dedicated topic. The impact of social media on participation and education, the biggest challenges and best practices for women’s development and the main components a national association’s strategic plan. In addition the subject of a national high performance pathway, with ITTF High Performance and Development staff acting as facilitators was addressed.

Although not being able to attend the workshop in person, Italian social media expert Marco Montemagno prepared a video message addressing national associations as well as players and coaches about the different strategies to raise their profile and engage their audience on social media.

The workshop concluded with a farewell address by Steve Dainton, ITTF Chief Executive Officer; he thanked everyone who attended and expressed his hope to see everyone again next year in Busan!