Did you see that one coming…? 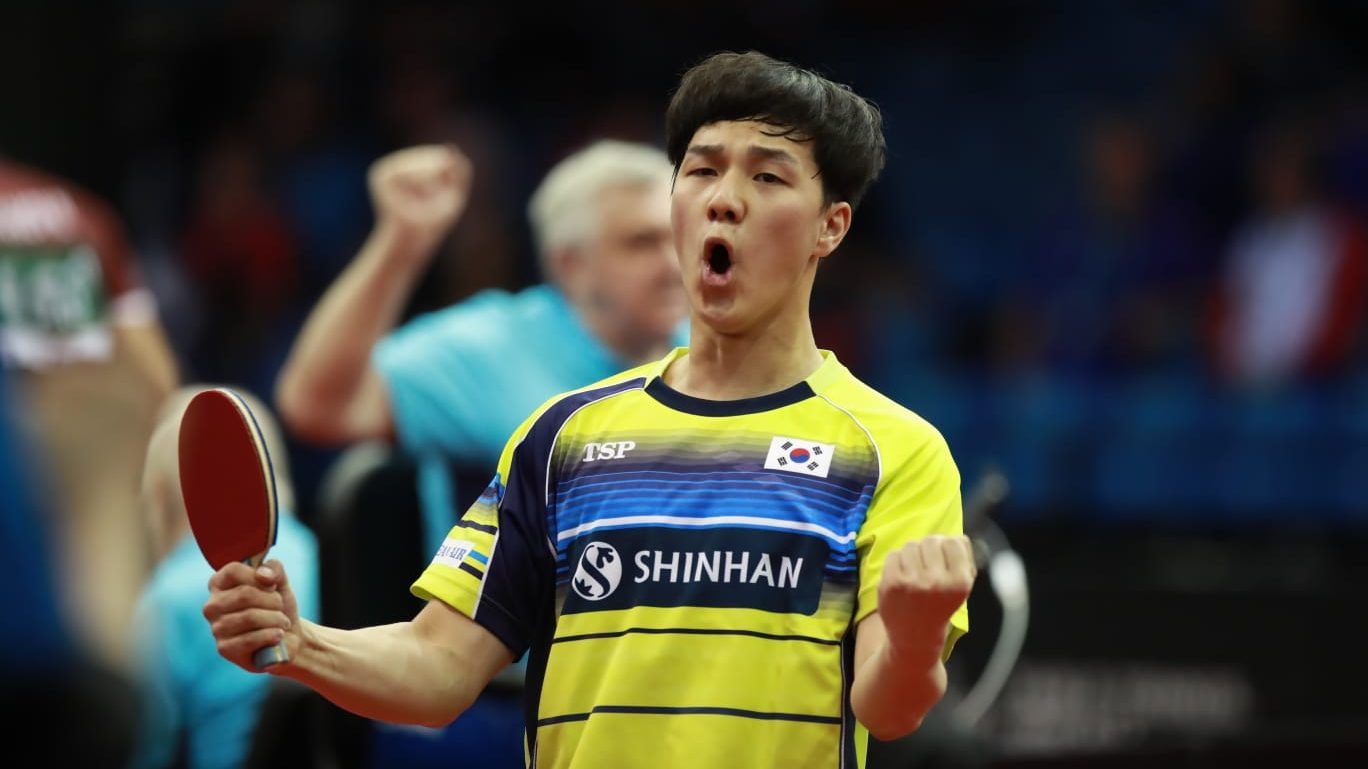 Silver medallists at the 2017 World Championships and top seeds in this year’s Men’s Doubles competition, Masataka MORIZONO and Yuya OSHIMA (JPN) suffered elimination in the round of 32 at the hands of Tristan FLORE and Emmanuel LEBESSON (FRA). The French duo, seeded 22nd, clinched an exhilarating victory over their esteemed Japanese opponents after a hard-fought seven games. 4-3 the final result.

Arguably the biggest shock of the day in Singles competitions saw world no. 157 AN Jaehyun (KOR) defeat no. 14 WONG Chun Ting (HKG) in the Men’s Singles round of 128, the Korean extremely impressive in his 4-0 win.

Onto Day 4 for the Dragon and co.

One of the most eye-catching ties in the Men’s Singles round of 64 saw reigning World Champion MA Long (CHN) cross paths with Kanak JHA (USA).

The American, a bronze medallist at the 2018 Youth Olympic Games, started strong and won the first game, but MA’s experience shone through thereafter, as he fought back to claim a 4-1 victory to book a round of 32 clash against familiar opponent, Vladimir SAMSONOV (BLR).

That classic contest leads a long list of mouthwatering matches to be played on Wednesday in what will decide who reaches the latter stages of the epic eight-day event.

Just one day after USA won their bid to host the 2021 World Championships Finals, another American athlete was eager to impress in Budapest, as Lily ZHANG locked horns with Mima ITO (JPN) in the Women’s Singles round of 64. However there would be no upset, as the world no. 7 dictated proceedings in her 4-1 success.

Despite several upsets on Day 3, it is interesting to note that no top 10 players have been eliminated yet in either Men’s or Women’s Singles competitions.

New territory was marked for Puerto Rico, as Adriana DIAZ became the nation’s first player to reach round three of the Women’s Singles competition in World Championships history, surpassing her own record set in 2017.

Starting the day with a convincing display against Debora VIVARELLI (ITA), Diaz went on to account for Sutirtha MUKHERJEE (IND) across six games, to give further cause for pride in Puerto Rican table tennis.

More dramatic matches are in store on Wednesday as players bid to reach the latter stages of the five competitions being contested at the Hungexpo Budapest.