The 55th World Table Tennis Championships kicked off on Sunday in Budapest, Hungary. With 564 players from 102 nations taking part, a real festival of sport got underway. 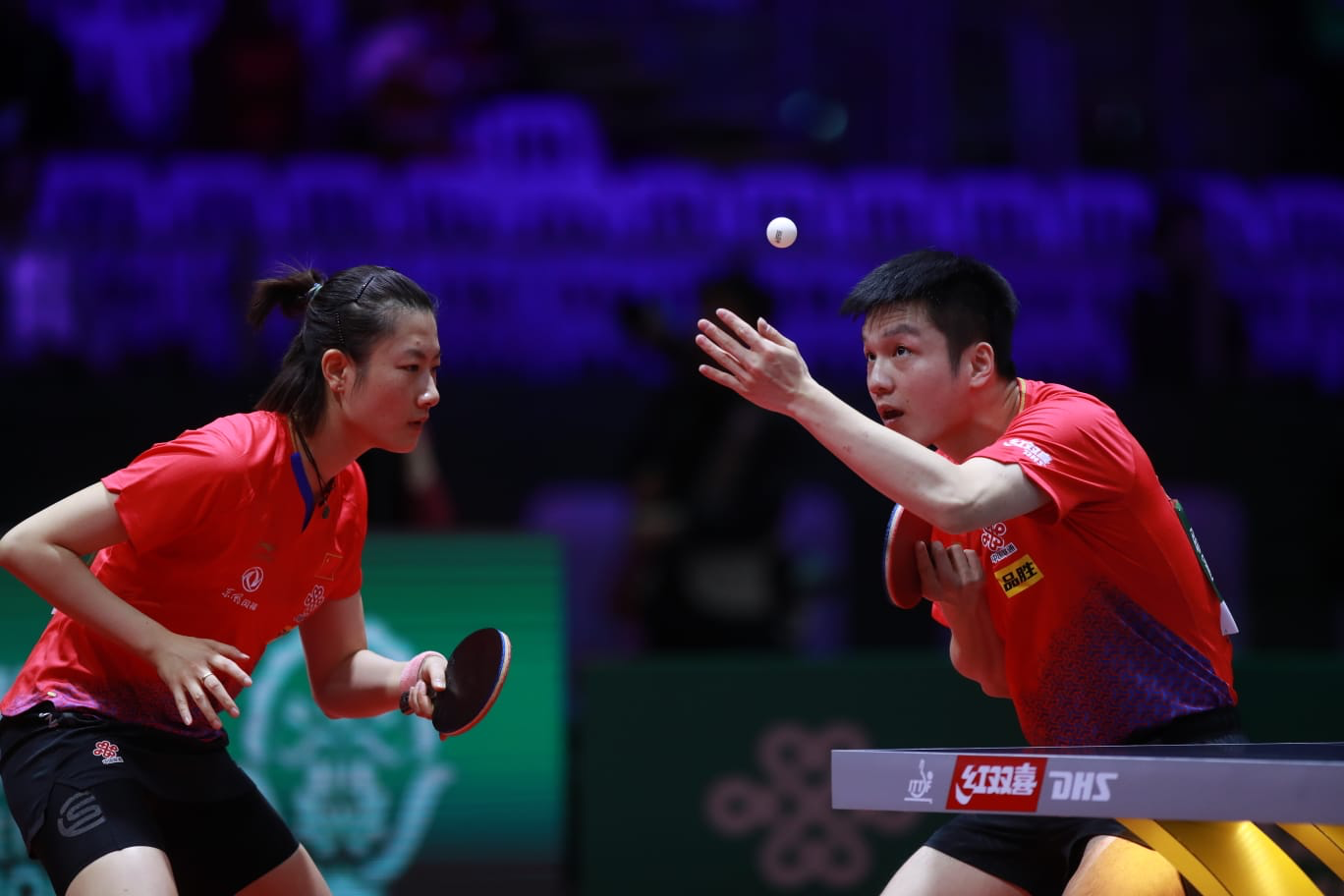 This represents the last individual World Championships under the current format, before the new expanded playing system will be implemented in 2021, which aims to have closer to 226 member associations playing in the event.

With action taking place across 32 tables in two separate halls at the Hungexpo venue, it was an action-packed opening day with the qualification rounds for the Men’s and Women’s Singles as well as for the Mixed Doubles.

A partnership is born

Pairing up for the very first time, the top-ranked Singles players in the world DING Ning and FAN Zhendong (CHN) joined forces to compete in the Mixed Doubles event.

Proving their number one statuses, they took no time at all to seal straight-game victories in their qualification matches, against Lily ZHANG and Nikhil KUMAR (USA), and then against HAIQAL Muhamad Ashraf and HO Ying (MAS).

During the afternoon’s Mixed Doubles draw, it was confirmed that DING and FAN stand to face top-ranked pairing WONG Chun Ting and DOO Hoi Kem (HKG) in the round of 32, while they are also in the same half of the draw as 3rd seeds XU Xin and LIU Shiwen (CHN).

2017 World Championships gold medallists and 2nd seeds Kasumi ISHIKAWA and Maharu YOSHIMURA (JPN) would be the favourites to meet any of the above in the final.

In Michael Maze (DEN), a table tennis legend returned to the World Championships following a lengthy spell out of the game through injury.

The 37-year-old – a bronze medallist at the 2005 World Championships and 2009 European Champion – won his opening match against Adrian Wetzel (NOR) in straight games. He will come up against Aleksandar KARAKASEVIC (SRB) in his second group game on Monday.

Amidst the national pride of hosting this year’s World Table Tennis Championships, it would be a positive day also on court for host nation, Hungary.

Bence MAJOROS and Bernadett BALINT not only sailed into the Mixed Doubles main draw following a pair of preliminary round victories, but they also won their opening Men’s and Women’s Singles matches in straight games, defeating Ravil AHMEDOV (TKM) and Rozalina KHADJIEVA (UZB) respectively.

The remaining qualification matches will take place on Monday to find out who will make the main draw in the Men’s and Women’s Singles and Doubles competitions to join the seeded players on Day 3.

Make sure to tune in to itTV to watch eight tables live!