The thrills and spills of the qualification rounds in Qatar are now over. Join us tomorrow for when many of the sport’s biggest names enter the action, including the much-awaited return of Ma Long.

Before play resumes on Thursday, make sure to check out the Main Draw in full:

Crowned European champions last September in Alicante, Ruwen Filus and Han Ying booked their place in the main draw of the mixed doubles event but in the second preliminary round they were tested; they needed the full five games to beat Hungary’s Bence Majoros and Dora Madarasz (11-7, 11-3, 10-12, 11-13, 11-6).

Success for Germany and there was more success; Patrick Franziska and Petrissa Solja beat the Czech Republic’s Pavel Sirucek and Hana Matelova to secure their place in the competition proper (11-8, 11-4, 11-8). 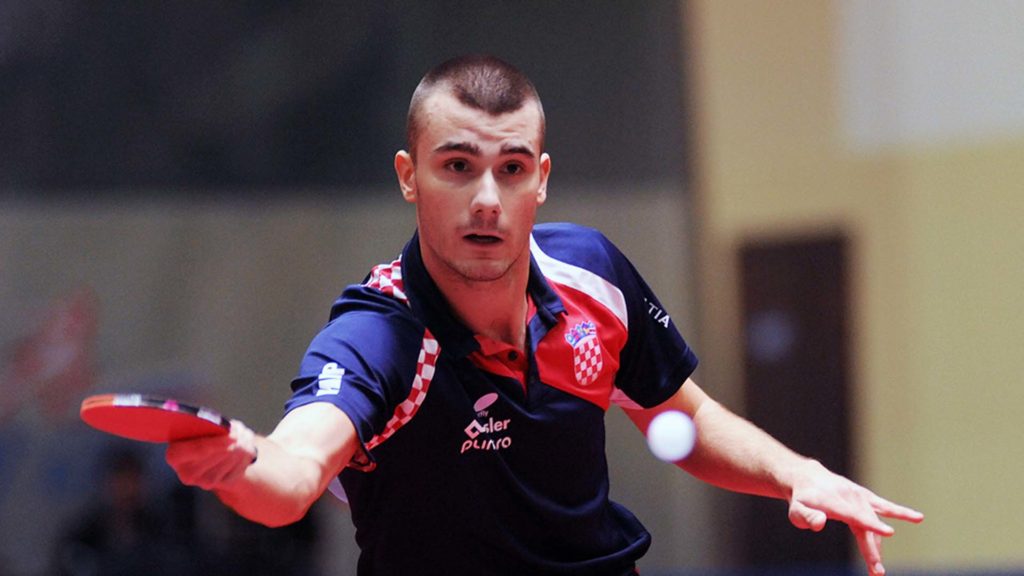 It’s proving to be some week for Tomislav Pucar! The Croatian, ranked 70th in the world, defied the odds at the Oman Open where he narrowly missed out on a place in the final. Now in Doha, the 23-year-old has booked his place in the Main Draw of an extremely competitive Qatar Open after eliminating England’s Liam Pitchford, who currently sits 53 places higher than him in the global pecking order, following an epic seven-game marathon (11-6, 8-11, 11-7, 11-8, 10-12, 11-13, 12-10).

New horizons reach in 2018 but in the fourth preliminary round of the men’s singles event it was defeat for India.

Successful earlier in the year at the selection tournament for places in the Japanese line-up at the forthcoming Liebherr 2019 World Championships, Masataka Morizono caused a major upset in the fourth preliminary round of the men’s singles event.

Semi-finalist some three days ago at the Seamaster 2019 ITTF Challenge Series Oman Open in Muscat; Croatia’s Tomislav Pucar continued his rich vein of form in the fourth preliminary round of the men’s singles event.

Living on the brink

Notably on the ITTF World Tour Yoo Eunchong has never advanced beyond to the later rounds; her best runner up in the under 21 women’s singles event in China in 2013.

Notably on the current world rankings, Kim Haeyeong is listed at no.127, Satsuki Odo at no.55. 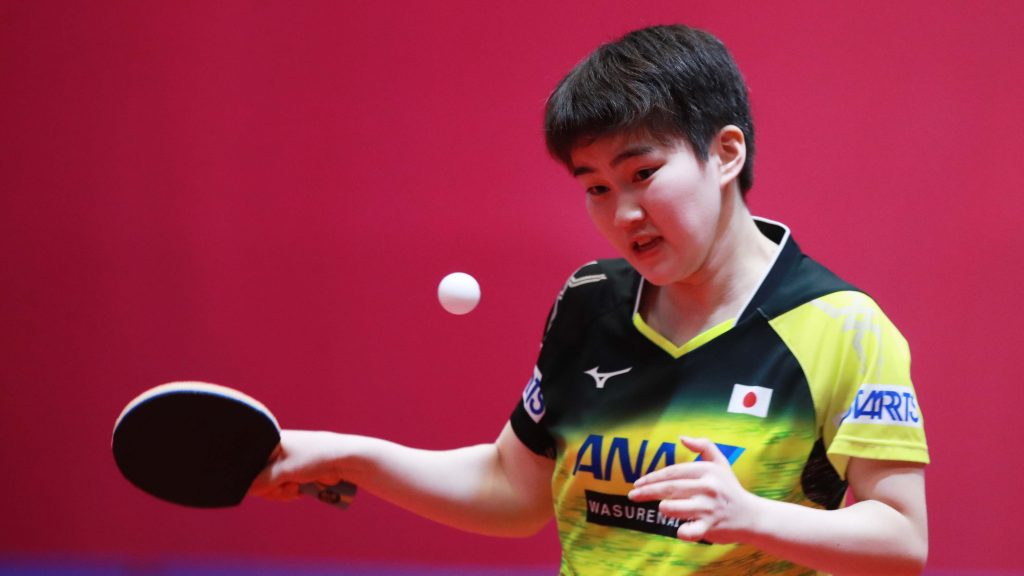 Both of the unseeded German partnerships participating in qualification action have progressed to the Men’s Doubles tournament, albeit in somewhat contrasting fashion.

Timo Boll and Patrick Franziska came through their encounter against the French duo of Tristan Flore and Emmanuel Lebesson with a 3-1 victory (13-11, 10-12, 11-8, 11-8). However, for the other German pair of Dimitrij Ovtcharov and Ricardo Walther the task proved slight more difficult: trailing Austria’s Robert Gardos and Daniel Habesohn by a two games to one deficit Dimitrij Ovtcharov and Ricardo Walther required a late recovery charge, doing just about enough to book their spot in the Round of 16 (11-8, 4-11, 10-12, 12-10, 11-8).

Liu Hsing-Yin and Su Pei-Ling have got their qualification campaign off to a fine start in Doha after the pair from Chinese Taipei inflicted a stunning 3-2 defeat upon the fierce Romanian partnership of Elizabtea Samara and Bernadette Szocs (7-11, 11-8, 6-11, 11-6, 11-9).

For the other Chinese Taipei duo involved in the session the news was just as positive as Chen Szu-Yu and Cheng Hsien-Tzu holding off a late comeback attempt from Poland’s Natalia Bajor and Natalia Partyka (11-7, 11-6, 9-11, 6-11, 11-7).

Eliminating one major European competitor, if Nima Alamian is to reach the main event then he will have to topple another with Croatia’s Andrej Gacina standing in his way in the final round of qualifying later today.

Snatching victory from the jaws of defeat

What a comeback! India’s Sharath Kamal Achanta has just achieved one of the finest recoveries of the tournament so far to put his name into the final round of qualification: French opponent Antoine Hachard got off to a flying start in the match, establishing a surprise three games lead over the Indian player. However, Sharath Kamal Achanta won the next four games in a row to advance in dramatic circumstances (9-11, 8-11, 9-11, 11-6, 11-6, 11-5, 11-5).

Marcos Freitas and Fu Yu have negotiated the first preliminary round of Mixed Doubles qualification by the skin of their teeth: the Portuguese pair required the full five games distance to see off Sweden’s Mattias Falck and Matilda Ekholm (9-11, 11-3, 11-7, 6-11, 11-8).

Next up for Marcos Freitas and Fu Yu is a meeting with Kanak Jha and Wu Yue in the evening session of play after the USA partnership successfully fought back from behind to defeat Singapore’s Pang Yew En Koen and Goi Rui Xuan (8-11, 11-7, 11-2, 11-9).

Day two of qualification has commenced in Doha and you can find all the day’s exciting fixtures here:

Beaten by Li Qian in the final last September at the Liebherr 2018 European Championships in Alicante; in Doha, Ukraine’s Margaryta Pesotsksa turned the tables.

Winner on the ITTF World Tour in Croatia in 2014 and two years later in the Czech Republic; presently listed at no.72 on the women’s world rankings, Monaco’s Yang Xiaoxin caused a major second preliminary round women’s singles upset,

Two days ago successful in Spain, Japan’s Miyu Kato was very much in the fast lane in the second preliminary round of the women’s singles event.

Natalia Bajor is listed at no.121.

Gold medallist at the inaugural Singapore 2010 Youth Olympic Games but yet establish herself amongst the elite of China; Gu Yuting upset the order of merit as she started her campion.

Presently Yoo Eunchong is named at no.79.

Successful two days earlier in Oman when concluding her visit to Muscat on the top step of the podium; Japan’s Hina Hayata once again impressed.

Known as Li Yiran, Kim Hayeong was previously a member of the Chinese national junior team.

Close contests here there and everywhere but arguably the closest was that involving Frenchman Simon Gauzy and Japan’s Yuto Kizukuri.

Currently on the world rankings, Jin Ueda is listed at no.29, Sam Walker at no.93.

Crowned African champion just over six months ago in Mauritius in early September; Nigeria’s Quadri Aruna was beaten by Brazil’s Thiago Monteiro, the player crowned Latin American champion in 2004 in Chile and in 2008 in the Dominican Republic. He experienced a five games defeat (11-9, 11-8, 3-11, 12-10, 11-6).

Presently, on the men’s world rankings Thgiago Monteiro is listed at no.104, Quadri Aruna at no.25.

Chinese Taipei’s Lin Yun-Ju, the winner two days ago in Oman and Germany’s Steffen Mengel a semi-finalist in Spain both enjoyed success in the second men’s singles preliminary round.

Change of fortunes for Zhai Yujia

Crowned champion in Spain just two days ago, for Denmark’s Zhai Yujia it was different fortunes in Doha; it was farewell in his opening contest.

Presently on the men’s world rankings, Hwang Minha is listed at no.170, Jonathan Groth at no.23.

Starting the year with an exceptional display last month at the CCB 2019 ITTF Europe Top 16 Cup competition but in Doha there was to be no such joy for Daniel Habesohn with the experienced Austrian competitor suffering a crushing 4-0 defeat at the hands of up-and-coming Danish star Anders Lind (13-11, 12-10, 11-8, 11-8).

Wang Chuqin off to bright start

China’s Wang Chuqin couldn’t have asked for a better start to his campaign in Doha after registering a comfortable victory in the opening session of the day: dominant from start to finish Wang Chuqin stormed past the host nation’s Abdulaziz Al-Hajaji in straight games, dropping a combined total of just six points over the course of the encounter (11-1, 11-2, 11-2, 11-1).

That’s right, qualification is officially underway in Doha – make sure to catch the day’s upcoming fixture line-up below:

Play is scheduled to commence from 10.00 am local time with day one of the qualification tournament; a total of 16 places are up for grabs in each of the men’s singles and women’s singles events.