Three titles decided on the penultimate day of play, Saturday 19th January, at the Seamaster 2019 ITTF World Tour Hungarian Open in Budapest; all went to China. 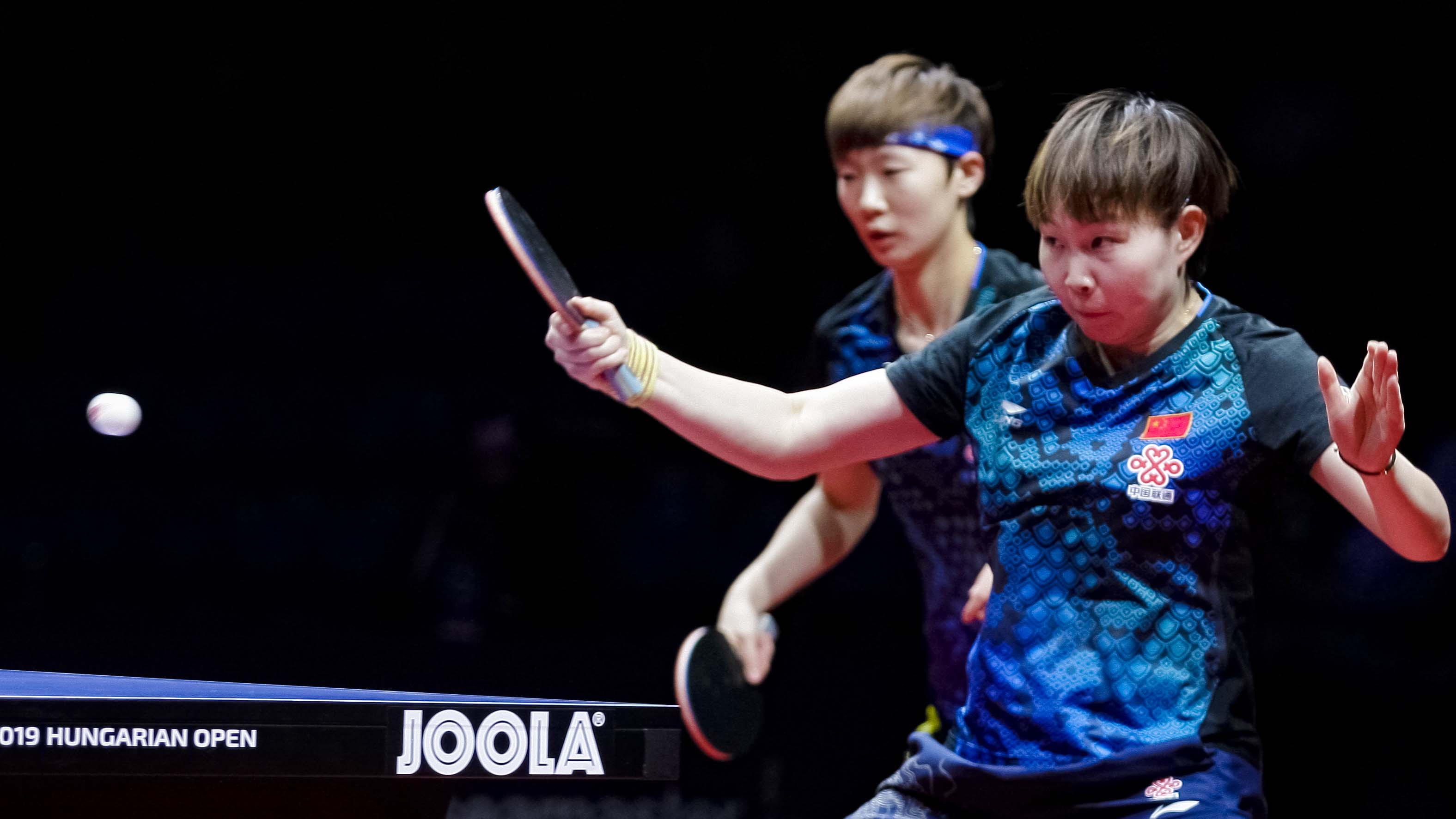 It was a day dominated by the super power of the sport; when play closed, one fact was certain; all five titles would finish in Chinese hands.

…………The reign of Wang Manyu came to an end; the no.3 seed, in the second all Chinese women’s singles semi-final she was beaten in five games by Chen Meng, the no.2 seed (11-9, 11-9, 11-7, 7-11, 11-5); the margin of victory very similar the quarter-final contest one month earlier at the Seamaster 2018 ITTF World Tour Grand Finals when Chen Meng had also prevailed in five games.

…………Wang Manyu and Zhu Yuling endorsed their top seeded position in the women’s doubles event to win their first such title as a partnership. In the final they beat Chinese national team colleagues, Chen Meng and Sun Yingsha, the no.3 seeds, to secure the title (8-11, 11-7, 15-13, 11-2)