Once they used to be present in number winning World titles and medals at Olympic Games; now of the modern generation, those extolling the skill on the international stage can be counted on the fingers of one hand, you can even discount your thumb, at the Seamaster 2018 ITTF World Tour Swedish Open in Stockholm, the name pursuing the art is China’s Zhang Qiang.

She maintains the tradition of the female pen-hold grip player; furthermore, in the second round of the Women’s Singles qualification tournament on Tuesday 30th October, she demonstrated that the noble art can still be effective in the modern era. 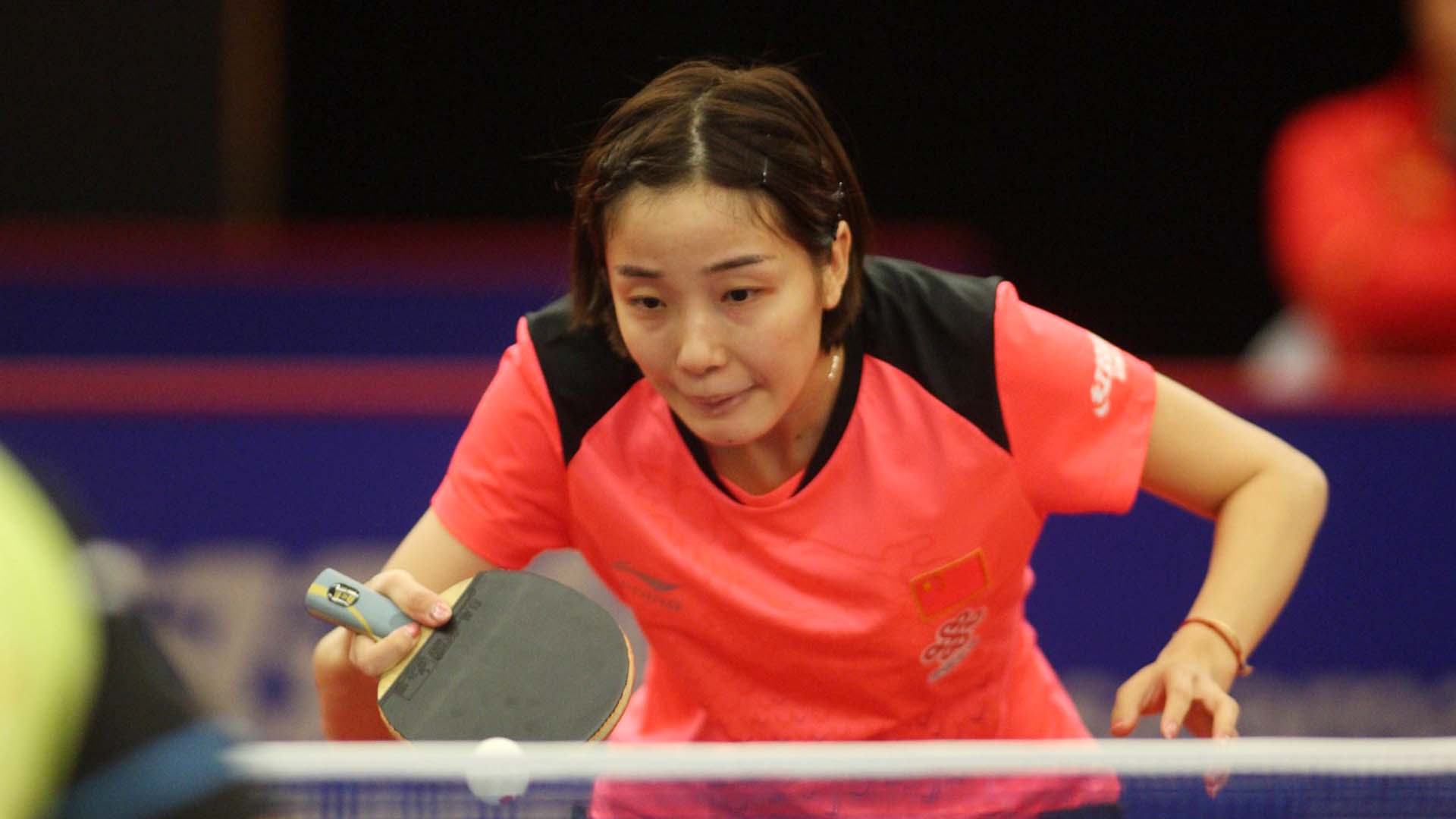 In what could well considered one of the most exacting opponents to face in the preliminary phase, the young lady from Suzhou in Jiangsu Province accounted for the Korea Republic’s Yang Haeun, the winner early this year at the ITTF Challenge Polish Open in Spa.

“I knew her style of play, I knew she was fast and that I had to find solutions; I think the fact that I am a pen-holder gives me an advantage because very few players have any experience competing against that style of play. Today, when I was leading I started to think about winning and not focusing on playing and the tactics.” Zhang Qiang

Defeat for one notable name and there was defeat for another who, once upon a time was the nemesis of foreign players, the bodyguard for the Chinese National Team; winner of three ITTF World Tour Women’s Singles titles, China’s Wu Yang was beaten by the in-form, player of the moment. She experienced defeat at the hands of Japan’s Saki Shibata, the winner three days ago at the ITTF Challenge Belgium Open; a five games result was the outcome (11-9, 11-5, 11-9, 2-11, 11-7).

A result to note and there was one more that attracted attention; gold medallists at the most recent Youth Olympic Games met, the decision went in favour of Nanjing in opposition to Buenos Aires, an all Chinese affair, Liu Gaoyang beat Sun Yingsha (13-11, 4-11, 9-11, 11-6, 11-8, 11-8).