Paralympic champions Will Bayley and Rob Davies head a squad of 14 British athletes that will compete in the World Para Championships in Lasko/Celje, Slovenia from Wednesday 17th to Saturday 20th October. 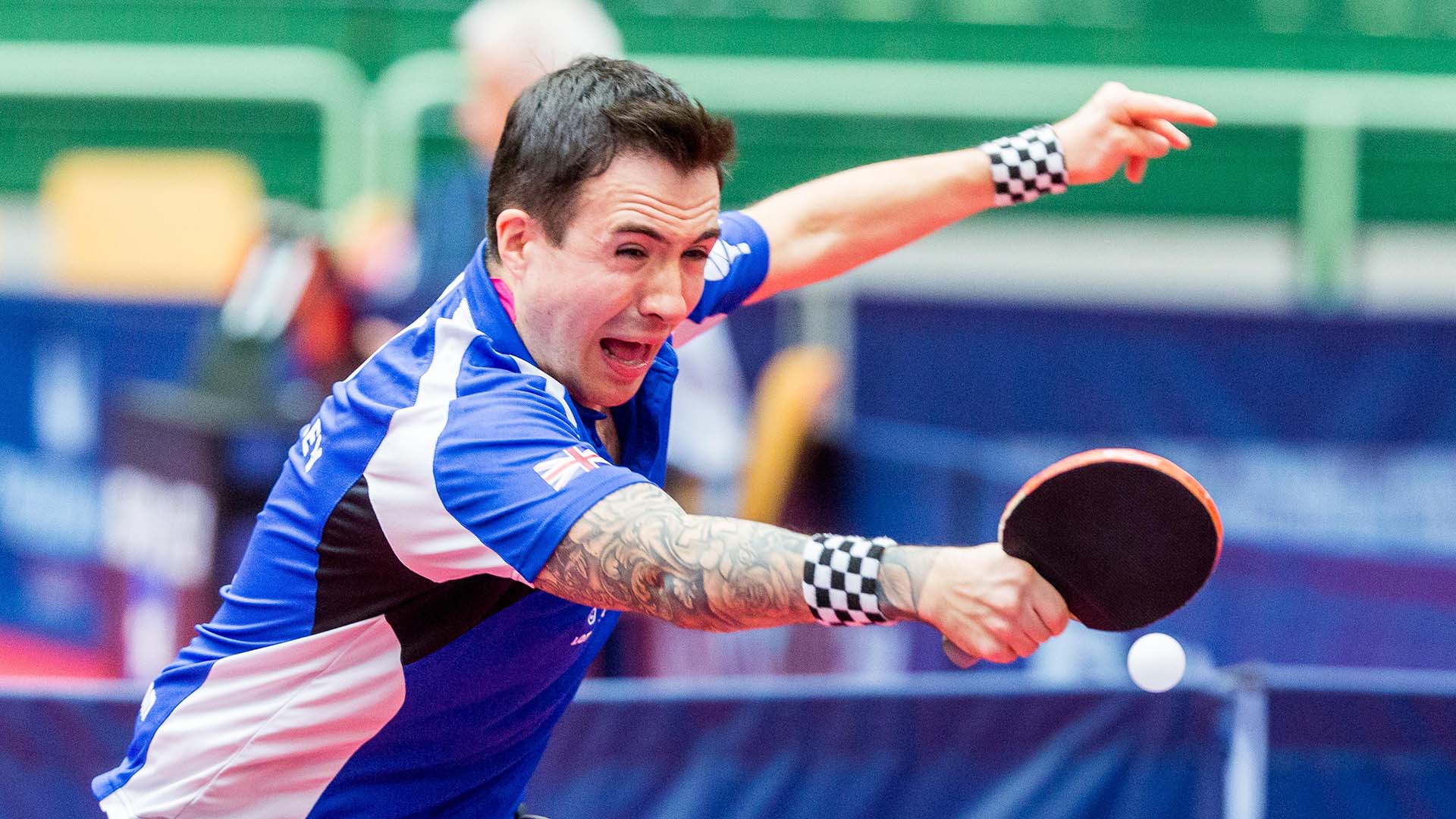 Will Bayley will be defending the Men’s Class 7 World title won in Beijing four years ago and despite achieving his dream of becoming Paralympic champion in Rio admits that he is still driven by his desire for more titles.

“To be honest it doesn’t feel much different to me going in to the World Championships as defending champion because I still feel that I’ve got a lot to prove as a player and a lot more to achieve. I’m just going there as one of 20 players in my class and I’ll take every match as it comes. Everyone has a chance to win. We start at 0-0 so we’ll see. I’ve been playing really well in the British League and beaten some good able bodied players and if I can take that form into the World Championships then that will be really good for me. I really want to have a major tournament where I play my top level. I didn’t play my best in Rio but I somehow managed to pull through in close matches. Now I’d like to have a tournament where I play my best level but if I play well or badly I still want to be in the moment and enjoy it.” Will Bayley

Rob Davies will be bidding to add the World Championship to his Men’s Class 1 Paralympic and European titles, having taken silver in 2014. The 34 year old Welshman has only played one tournament since retaining his European crown last October (he played in the Czech Para Open but did bot progress beyond the initial stage) but has reached the final of the last five major championships, winning four of them.

“I’m excited to go into another World Championships. I might not have had the ideal preparation but I’m really looking forward to the challenge and I’m improving day by day. Although the Czech Open last month didn’t go according to plan I can still take a lot out of it because that is why I went there, to see what I needed to strengthen. I know what I need to work on and hopefully I’ll be stronger going into the Worlds. My record in major championships definitely does give me confidence and I enjoy the big tournaments. I like the atmosphere and I’m looking forward to getting out there and seeing what I can do.” Rob Davies

Meanwhile Ross Wilson has also been preparing for his first World Championships by playing in the British League and admits that becoming Commonwealth champion in April has given him the belief that he can challenge for more major titles.

“Winning gold at the Commonwealth Games has definitely helped me as it makes me realise I can compete at the very top level and perform when I need to. After the Commonwealth Games I had a massive confidence boost and it makes me feel a little more relaxed going into the World Championships. I am hungry for more success and I think you always are as an athlete so I’m ready to go out there and do my best. Most of the top guys are around the same level and I just hope that my effort is good enough and I’m looking forward to seeing what I can do.” Ross Wilson

The full British squad for the World Championships is: