Two of the most decorated junior stars in international table tennis, Japan’s Miu HIRANO & Tomokazu HARIMOTO will be aiming for Gold at the table tennis event at the Buenos Aires 2018 Youth Olympic Games that begins tomorrow 7 October 2018. 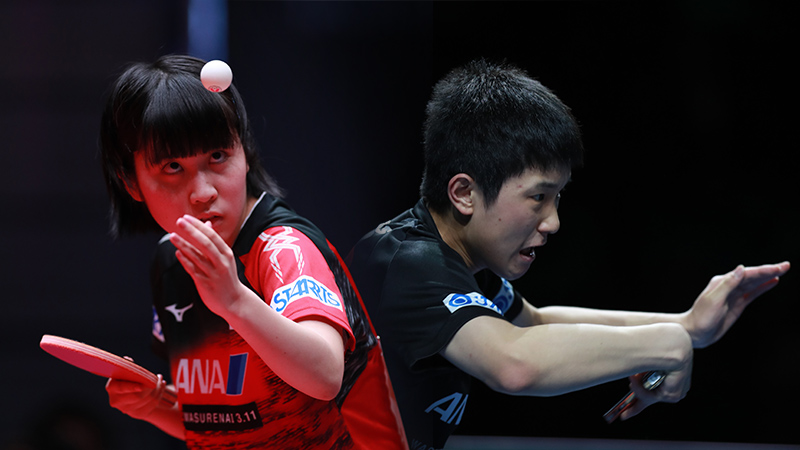 HIRANO, who made history as the youngest ever ITTF World Cup Champion when she claimed the Women’s World Cup title in 2016 at 16-years-old, will head the seeding in the Women’s Singles event to fight for the prestigious title.

The top seed will have fend off competition from other hot contenders for the title, including reigning World Junior Champion SUN Yingsha (CHN) who will be aiming to continue her predecessors GU Yuting (Singapore 2010 Champion) & LIU Gaoyang’s (Nanjing 2014 Champion) successes to carry on China’s winning streak.

Olympians Bruna TAKAHASHI (BRA) & Adriana DIAZ (PUR) who had their first Olympic experience in Rio, will also be eyeing for a spot on the podium to make history for Latin America.

In the Men’s Singles contest for Gold, 2016 World Junior Champion HARIMOTO, who last claimed the 2018 ITTF World Tour Japan Open title after defeating two Olympic & World Champions ZHANG Jike (CHN) & MA Long (CHN), will be out in full force to add another Gold to his title haul. The top seed will be facing tough competition from other top stars all eyeing for the title.

Local hopes fall on home favourite Martin BENTANCOR (ARG) who will be looking at playing his best and making history for Argentina in Buenos Aires.

The Buenos Aires 2018 Youth Olympic Games table tennis event will start tomorrow, 7 October with the Men’s & Women’s Singles event, till 10 October when the Bronze & Gold medal matches will be played.

The 64 young table tennis stars will get their chance to meet their Athlete Role Models, 2004 Olympic Champion RYU Seungmin (KOR) & Olympian Galia DVORAK (ESP) on the Focus Day on 11 October. Competition will resume on 12 October with the Mixed Teams event until the Champions are crowned on 15 October 2018.