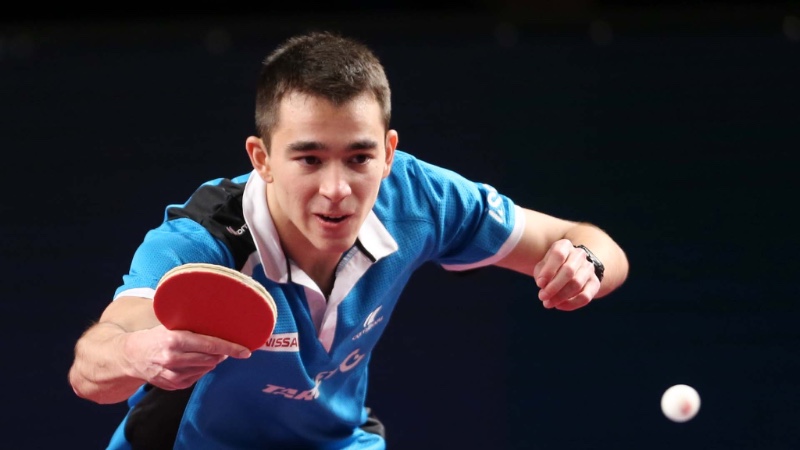 CALDERANO, who just broke into the world top 10 in July 2018, faces Japan’s Yuya OSHIMA, and is expected to overtake reigning World & Olympic Champion MA Long on the August world ranking if he is able to reach the semifinals, and reach take the sixth spot on the world ranking if he takes Gold here in Geelong. MA had pulled out from the tournament just few days before the action due to a knee injury.

Looking to repeat his heroics at the Qatar Open earlier this year where he upset several higher ranked stars to reach the final, the 22-year-old stated, “I played well at the Korean Open last week and I’m excited to be here at the Australian Open to try and perform in a strong tournament once again and I’m ready and prepared for whatever comes.”

CALDERANO’s doubles partner, Simon GAUZY (FRA), who claimed silver at the 2017 Australian Open, will meet Indian superstar Sharath Kamal ACHANTA in the round of 32 & be aiming to match his previous performance in Australia to avoid losing world ranking points.

Competition will be tough for the duo, with top seeds Dimitrij OVTCHAROV (GER), XU Xin (CHN), LEE Sangsu (KOR) and Japanese stars Koki NIWA, Tomokazu HARIMOTO all aiming to become champion here in Australia after having mixed form in 2018.

In the Women’s Singles event, Grand Slam Champion DING Ning whose world ranking had fell due to inactivity will be looking at claiming Gold in Geelong to move her way back into the top 10.

When asked her dreams after achieving her Grand Slam at the event launch, the former world number one stated “My goal here is to win the tournament. I have already achieved my big career dream winning at the World Championships, World Cup and Olympic Games, so my dream now is just to win this tournament.”

DING will face off with Chinese Taipei’s CHENG Hsien-Tzu in the first round in the main draw and is expected to meet Japan’s Miu HIRANO in the quarterfinals if things went according to seeding.

The Australian Open is the eighth stop on the Seamaster 2018 ITTF World Tour, and the fifth of six Platinum events on the ITTF World Tour, which is the top tier of the tour, with the most prize money and world ranking points. Together with the six regular ITTF World Tour events, players compete to earn World Tour Standings points qualify for the singles, doubles and mixed doubles events at the one-million-dollar World Tour Grand Finals in December.