Together as one, United Korea Mixed Doubles crowned Champions

The United Korean pair of JANG Woojin and CHA Hyo Sim has overcome all odds to be crown Mixed Doubles Champions at the Seamaster 2018 ITTF World Tour Shinhan Korea Open. They beat the Chinese pair of WANG Chuqin and SUN Yingsha 3-1 to claim the gold. 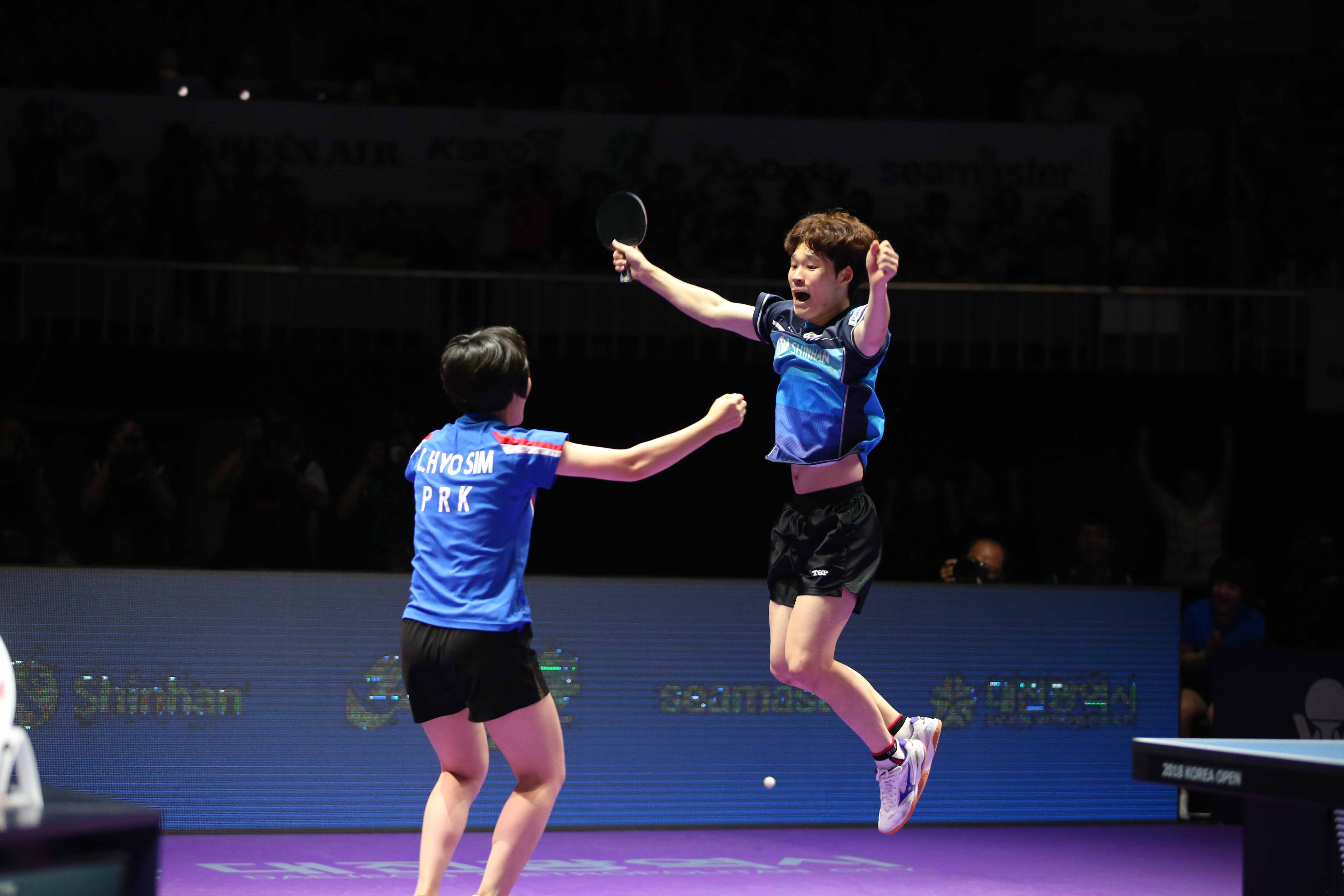 The reunification of the Korean teams came as part of the ITTF Foundation’s Ping Pong Diplomacy programme to support solidarity through table tennis. Backed by over 6000 fans packed in the Chungmu gymnasium, the players were cheered on by the boisterous crowd celebrating every point won.

WANG and SUN took the early lead in commanding fashion, winning 11-5 in the first game. However, the nervous atmosphere was quickly diffused as JANG and CHA rallied back to win the next two. With the crowd at the edge of their seats, both teams were neck and neck in the crucial fourth game.

Holding match point at 10-8, JANG and CHA were pushed back from the table by some aggressive play and made to defend. Their patience paid off when a sweeping forehand shot from the Champions elect forced WANG into an error, bringing an end to the match with the final score 3-1 (5-11, 11-3, 11-4, 11-8) to the United Korea pair.

An ecstatic JANG said “I felt very nervous because this was a huge game and had a lot of attention in the news. I felt like we need to win this game and I am very happy we have done so. I never had much opportunities where I had goosebumps while playing table tennis but this was one of them, I would like to thank the fans for coming out to cheer for us. Thank you for the victory.”

With the crowd cheering nonstop at this historical win, JANG and CHA were crowned Seamaster 2018 ITTF World Tour Shinhan Korea Open Mixed Doubles Champions. They are the third Mixed Doubles winners since the event debuted in China. The Mixed Doubles event will feature in the 2020 Tokyo Olympics.