Hard fought contests but at the end of the day on Sunday 17th June at the 2018 Pan America Cup in the Paraguayan capital city of Asuncion, it was success for the favourites, success for the top seeds.

Brazil’s Hugo Calderano won the Men’s Singles title, the counterpart Women’s Singles crown was donned by Canada’s Zhang Mo in events that were somewhat a reversal of fortunes of the inaugural tournament staged just under one year ago in Costa Rica.

In San José, on Sunday 30th July, Gustavo Tsuboi had beaten colleague, Eric Jouti in the Men’s Singles final, the result following defeat for Zhang Mo by Lily Zhang of the United States.

Conversely in Asuncion, Gustavo Tsuboi had to settle for runners up spot, for Zhang Mo it was the top step of the podium.

“I feel sad, disappointed, I thought I could have done much better. The three first games I had some problems concentrating, Kanak is a good player.” Marcel Aguirre

“I’m feeling really happy to have won this match; it was difficult to play when the spectators supported Aguirre but it was a good atmosphere. I was disappointed yesterday when I lost to Gustavo Tsuboi but now I feel Little better after winning this match.” Kanak Jha

Hard earned success, it was the same in the bronze medal match; Brazil’s Bruna Takahashi, the no.4 seed, accounted for Mexico’s Yadira Silva, the no.10 seed, in five games (17-15, 11-6, 11-2, 9-11, 11-9), a contest which reversed the fortunes of their previous meeting on international soil. At the Latin American 2016 Olympic Games continental qualification tournament, staged in Santiago, Yadira Silva had emerged successful.

“I am really happy to have been able to reach the semi-finals and even more happy to win the bronze medal. I always try to play with same enthusiasm, it does not matter what the circumstances. I always try to achieve the best result. The last time I lost with Yadira but today I felt confident. I know that she is a player with much experience but I entered the match with a strong mind.” Bruna Takahashi. 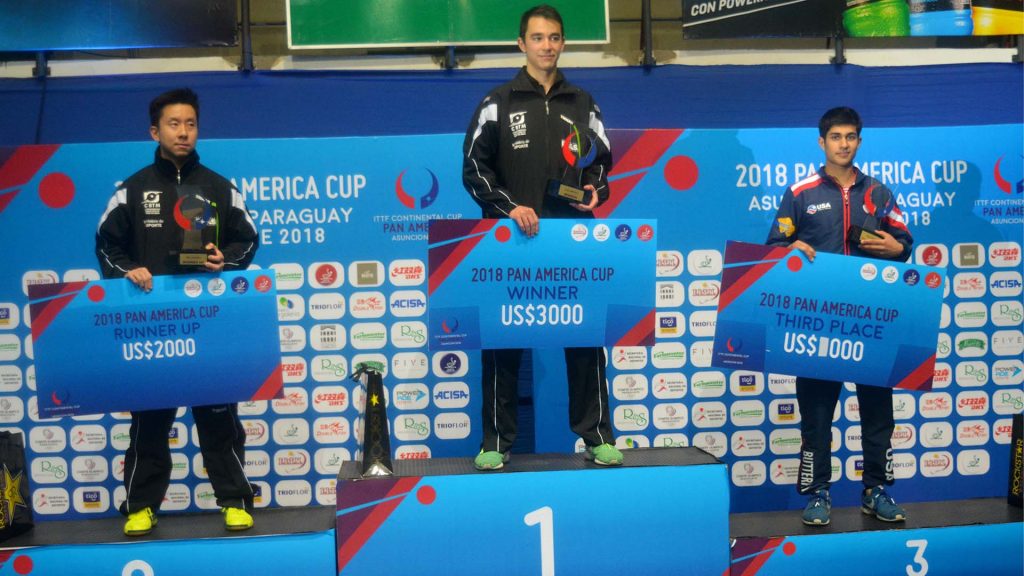 Life on the knife-edge but Brian Afanador progresses