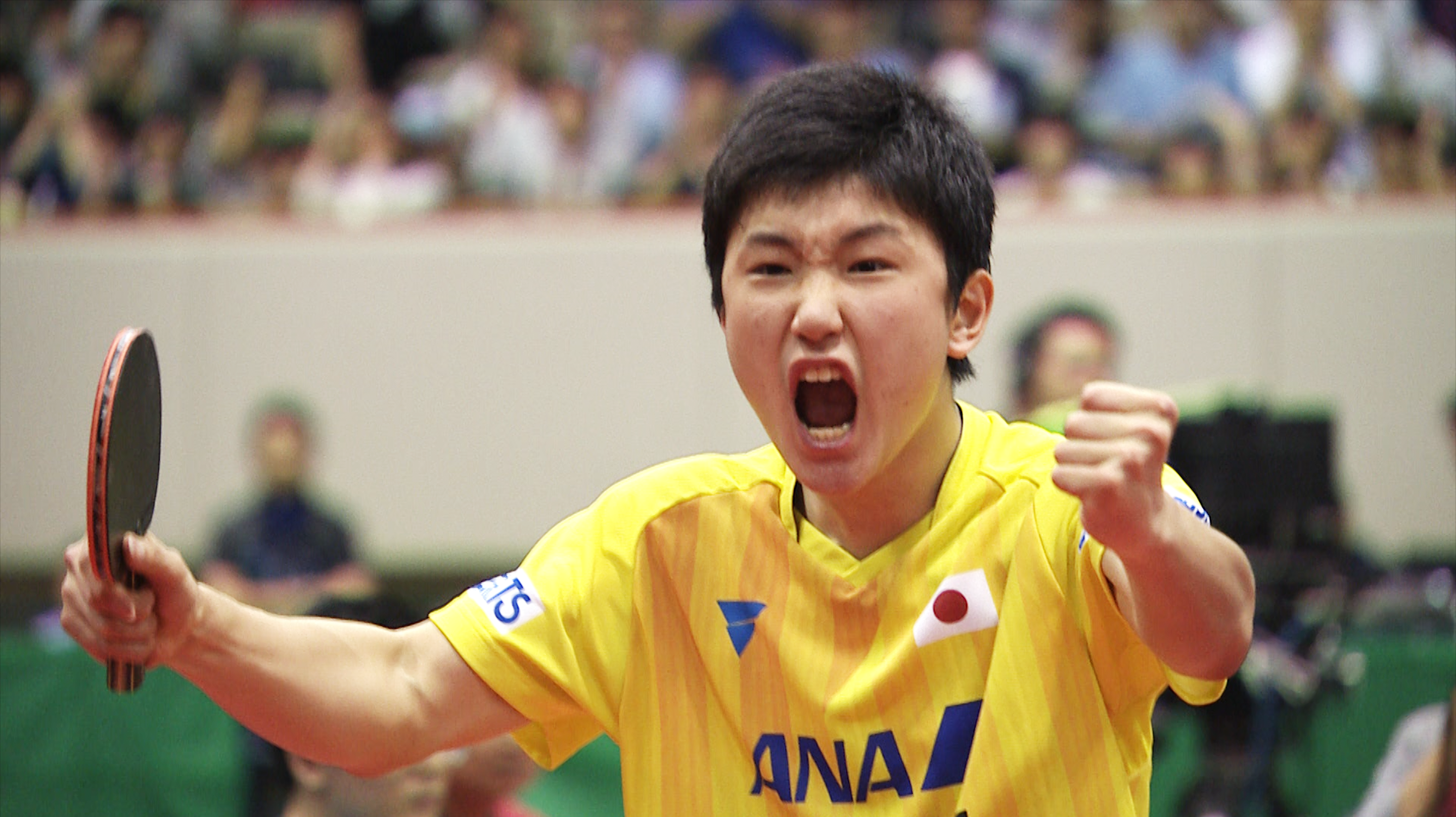 HARIMOTO, who yesterday shocked the sporting world by defeating 2016 Olympic champion MA Long was again in scintillating form and playing table that is unheard of for someone his age.

HARIMOTO, who first made a name for himself by winning the under 21 event at the Japan Open two years ago as a 12-year-old stated: “Beating two Olympic champions in two days is unbelievable, and to do it in front of so many screaming fans. Two years ago, I had my big breakthrough winning the under 21 title at the Japan Open, I am so happy that my next big breakthrough is also in Japan, thank you to all my fans that have supported me on this journey. I will now get back to training to ensure that I keep on developing as a player and keep on winning major titles like this to make my country proud.”

ZHANG Jike was the fresher player for the match, after his semi-final opponent Timo BOLL (GER) was forced to withdraw with a neck injury. HARIMOTO had to play a tough match against LEE Sangsu (KOR) which he was able to win 4-2 to set up the match with the living legend ZHANG Jike that we will all never forget.

Mima ITO continued her amazing year by claiming her first ever Japan Open. The 18-year-old won the battle of the teenagers, by defeating WANG Manyu to stop her from completing her hat-trick of World Tour titles after her victories in Hong Kong and China the past two weekends.

After claiming the emotional victory, ITO stated: “To win this title in front of all these Japanese fans is amazing. This was a very tough match, as WANG Manyu is a very good player and I have never beaten her. The reason I could win is because the crowd and the power and energy that they gave me. I can’t wait to have this experience at Tokyo 2020.”

Mima ITO was close to not even being in the final, as she was down 0-3 4-9 in her semi-final match against CHEN Xingtong (CHN). ITO was able to turn around the match to win in a nail biter 4-3 which gave her the chance to become the champion, which she took with both arms.

GU Yuting & MU Zi (CHN) were awarded the gold medal after LIU Shiwen & WANG Manyu withdrew from the match due to LIU Shiwen suffering a hip injury in her semi-final loss against her doubles partner WANG Manyu.

After three straight events, the Seamaster ITTF World Tour takes a five-week break and returns for the Korea Open on 19-22 July in Daejeon, Korea.