A day without defeat for Russia’s Nadejda Pushpasheva, it was the same for Thailand’s Wijittra Jaion in the Women’s Singles wheelchair events at the 2018 Spanish Para Open in Sant Cugat de Valles on Friday 8th June.

Likewise in the standing categories Kelly van Zon of the Netherlands and Norway’s Aida Dahlen remained unbeaten as in Class 11 did Lea Ferney of France.

However, there were surprises as the Women’s Singles events commenced.

Meanwhile, in the Men’s Singles events, in the early stages there was just one major casualty of note. In Class 3, the host nation’s Roberto Rodriguez, the top seed, was beaten by Romania’s Ioan Dirlea (11-6, 6-11, 11-9, 11-6), Similar to Iona-Monica Tepelea, it was his only defeat; thus second place and progress to the main draw. Ioan Dirlea remained unbeaten to top the group.

Otherwise in the Men’s Singles event it was a day without defeat for the leading names.

Competing in the wheelchair classes, Spain’s Iker Sastre, Slovakia’s Boris Travnicek and Claudiomiro Segatta all ended the day unbeaten and very much in line for honours.

Similarly in the standing categories it was a successful day for the top seeds. Thailand’s Rungroj Thainiyom and Sweden’s Emil Andersson remained unbeaten as did Russia’s Iurii Nozdrunov. Likewise the Netherlands duo of Jean Paul Montanus and Bas Hegerlink ended the day without blemish.

Likewise in Class 11, a day with trouble for Frenchman Antoine Zhao. 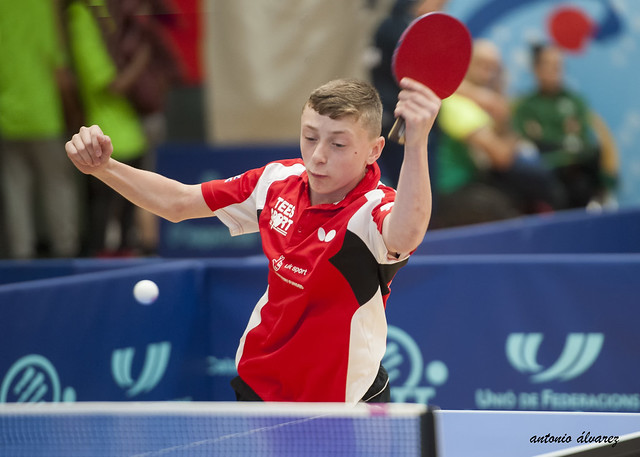 An inspiration, Ibrahim Hamadtou returns to the big stage in Tokyo

George Wyndham on the impact of Covid-19 in Sierra Leone