Eyes focused on Georgina Pota and Dora Madarasz, for the two remaining host nation players in the Women’s Singles event at Seamaster 2018 ITTF World Tour Hungarian Open in Budapest, it was to be farewell on the evening of Thursday 18th January.

Both experienced first round defeats. 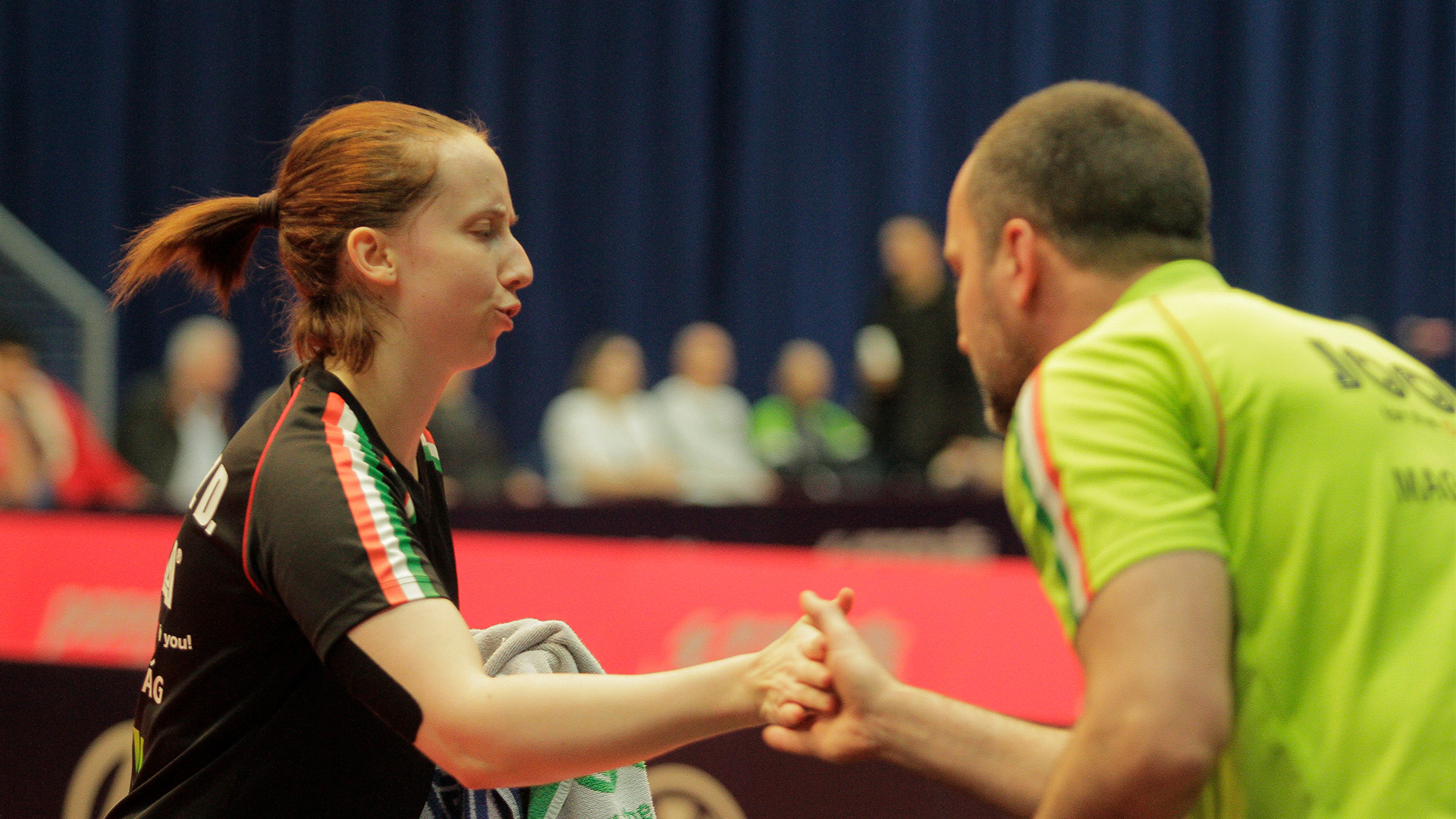 “We met two times before and we always played big matches I was prepared for the match to go for the full distance, so it happened. After the first four games I had to change the rhythm of play completely to get a grip. I could see my change was good decision. I became more and more confident. I started to believe more.” Zhang Mo

“Gina made very few mistakes today. I had fight hard for every point and place the ball well to be able to win.” Sun Yingsha

“It was a very tough opponent for the first round. She is better than me in backhand to backhand rallies; when I played a good shot she always had a better response.” Georgina Pota

Success for Sun Yingsha, who like Dora Madarasz had been required to qualify, having won on the Seamaster 2017 ITTF World Tour in Japan and then at the end of the year being crowned World Junior champion, the outcome was hardly a major upset.

“I played her in Belgium so I knew all the changes I needed to make. I chose to defend more and wait and wait and wait for the right moment to attack or change the spin. I am very happy about this victory.” Polina Mikhailova

“My patience was the most important; whenever I play a defensive player I get anxious. The hardest part is to control my emotions. Today I did that really well.” Minnie Soo Wai Yam

“She served really well and used very good tactics against me today. I have to watch this match again so I can learn from it.” Li Xiang

“Dina is a very good player very consistent; for me it was the first match of this competition so I needed to get going. I was not really comfortable with the new multi-ball system. I needed to adjust my game to it, everything was a bit too fast. I am happy to make the next round.” Lee Ho Ching

“The most important factor of my success was to be able to control the tempo of the match.” Chen Szu-Yu

“After yesterday I was hoping for a better result today but after all I had a very good competition her in Budapest Ii cannot complain.” Ganna Gaponova

The second round of the Women’s Singles event is scheduled to commence at 4.00pm (local time) on Friday 19th January.