Chen Meng is on fire as she sends Zhang Qiang in search of comfort food after their quarterfinal encounter.

Chen Meng (CHN) defeated Zhang Qiang (CHN) 4-0 to move in to the semi-final of the Women’s Singles at the Seamaster 2017 Australian Open.

The game was largely one way traffic, with Chen looking in complete control.

However, after a late surge by Zhang, Chen called a time out at 10-8 up in the fourth. The timeout worked, but maybe not as planned. Zhang served a fault, giving Chen the match.

The result means that the one and only pengrip player in the event has been eliminated. Going the way of the Dodo, the technique is close to extinction. Zhang hopes that by continuing to play and perform well, she may inspire new players to take up the grip.

“This is a traditional Chinese technique so it’s special; I don’t want it to disappear.” Zhang Qiang

A win definitely would have boosted the technique’s profile. But Zhang was giving herself even more incentive to win the match

“If I beat Chen Meng I was going to get myself a reward and buy a box of chicken nuggets. Now that I lost I think I’ll buy two boxes.” Zhang Qiang

“I felt really relaxed today. Against Chen Meng I hope to make a good performance. I have confidence playing her, but it is difficult to predict the future.” Gu Yuting

The semi-finals will be played tonight from 18:30 local time. 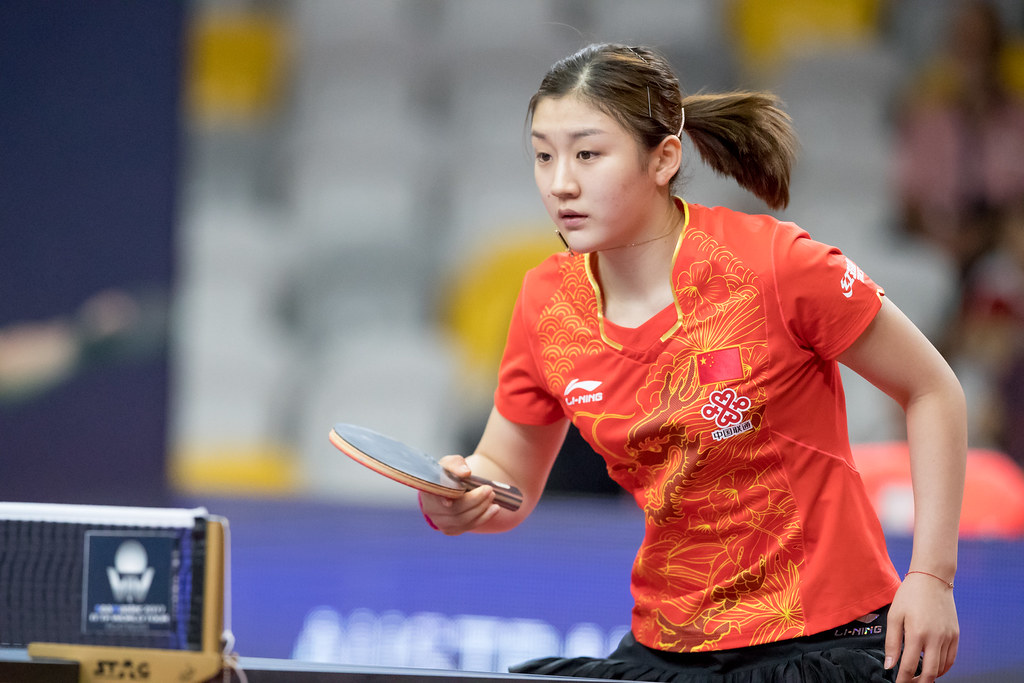