Mima Ito and Hina Hayata, both 16 years of age stormed into the Women's doubles semi-finals, thus becoming the youngest pair from Japan to reach the semi-finals of the World Championships, assuring themselves of a medal.

Mima Ito and Hina Hayata beat Hong Kong’s Doo Hoi Kem and Lee Ho Ching in the quarter finals in straight games (12-10, 11-8, 11-4, 11-6) to climb the ladder and move to the semi-finals. They are thus assured of a medal at the Liebherr 2017 World Championships.

After the match, the young girls jumped in joy and expressed their happiness. Mima Ito said, “We are so happy, and so positive, this is just how we are.  We always want to do our best, and today we did it.”

Mima Ito has found a new partnership with Hina Hayata, she said,

“We both are the same age, and thus have the same hobbies and interests. So the combination is really good. We enjoy playing together.” -Mima Ito

The Japanese girls will now contest against the mighty third seeded Chinese pair Ding Ning and Liu Shiwen who knocked out India’ s Manika Batra and Mouma Das in a quick 4-0 match. They are the Silver medalists from 2013 World Championship held in Paris, and just a very strong pair.

Bu the Japanese are confident. Hayata said, “I believe that if we are able to play our best, we do have a chance against the Chinese.”

It will be a challenge for the Singaporeans, as in both the occasions that they reached the semi-finals, they had lost to Chinese pair.

Semi-finals will be played on 5th June from 12:00pm onwards. 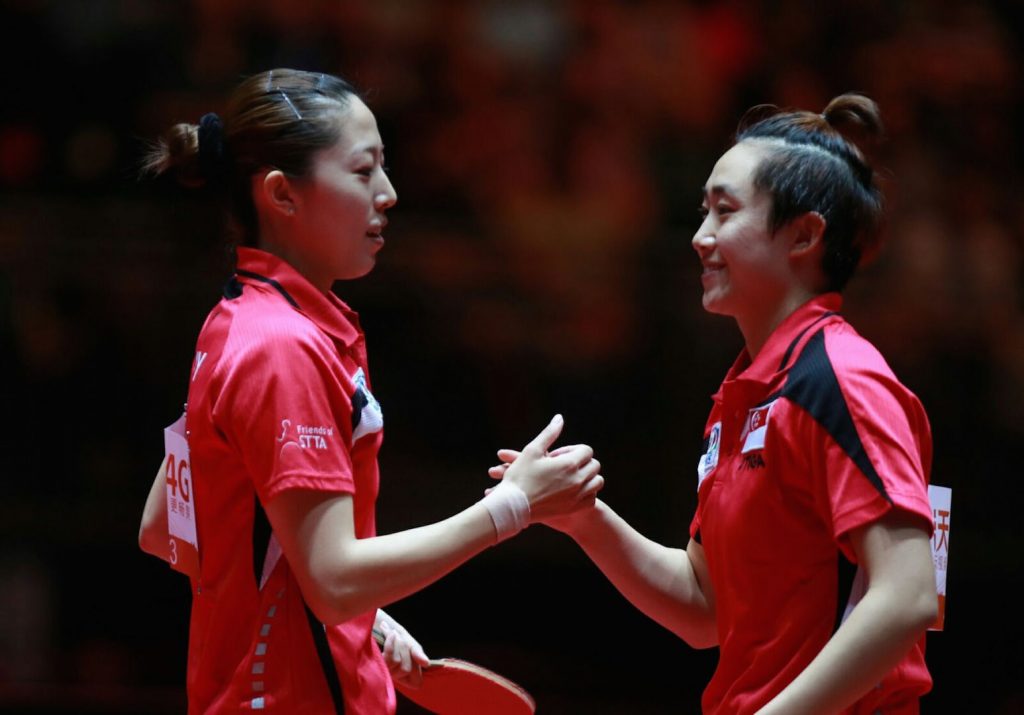