The 2017 ITTF Challenge Zagreb Open hosted its final day of action on Saturday 6th May, as the race for silverware came to a conclusion.

With play taking place across four competitions there was plenty for the Zagreb crowd to look forward to ahead of the day, and the spectators were treated to an exciting finale to the event in Croatia.

The first trophy of the final day in Zagreb went to Hitomi Sato and Honoka Hashimoto, with the Japanese partnership picking up a superb victory in the Women’s Doubles final.

Opponents Nadezhda Bogdanova and Dario Trigolos of Belarus entered the title deciding match having given strong performances throughout the competition, especially in the round of 16 where they saw off the second seeds Polina Mikhailova and Olga Vorobeva.

However, it was not to be for the Belarusian pairing in the final as Hitomi Sato and Honoka Hashimoto cruised to a straight games win (14-12, 11-7, 11-7) to claim the title.

There was somewhat of a surprising outcome in the Men’s Doubles event as the unseeded Swedish duo of Viktor Brodd and Hampus Nordberg defied the odds to lift the trophy.

Facing the fifth seeds Tomas Konecny and Tomaš Polansky from the Czech Republic, Brodd and Nordberg were expected to endure a difficult task in the final but in the end the Swedish competitors were relatively untroubled across the match (11-9, 11-6, 12-10) and as a result were rightfully crowned champions of the category.

Following the conclusion of the doubles competitions was the Women’s Singles final as Japan’s Honoka Hashimoto and Sofia Polcanova of Austria went head-to-head for the title.

Honoka Hashimoto and Sofia Polcanova had booked their places in the final after registering positive respective victories over Saki Shibata and Suthasini Sawettabut in the last four, and it was a case of third time lucky for Hashimoto in an ITTF Challenge Series Women’s Singles final as the Japanese star stormed to success against Polcanova (11-8, 11-8, 11-9, 11-6). 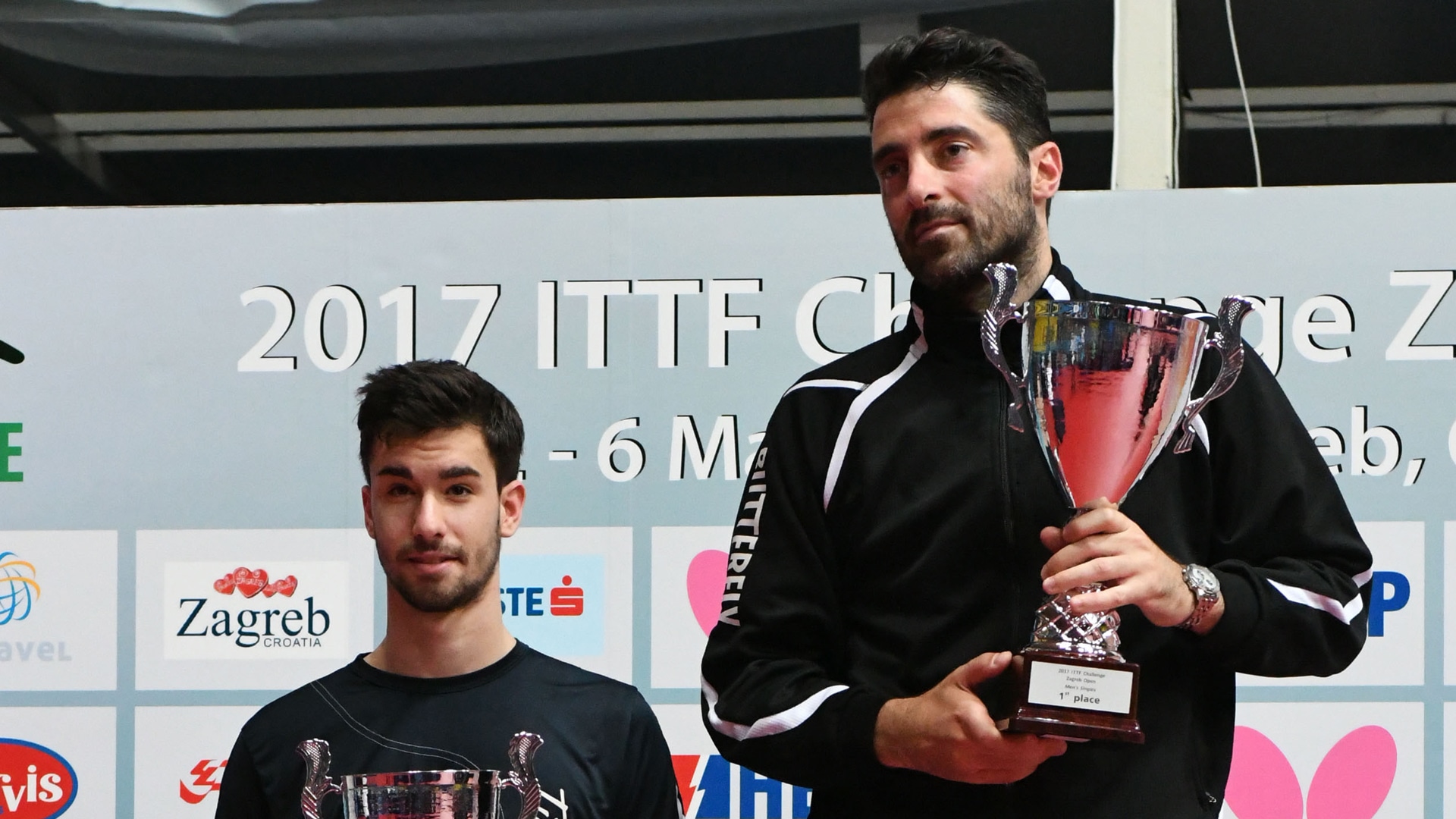 Bringing the 2017 Zagreb Open to a close was a fixture between Panagiotis Gionis and Tristan Flore, as the Greek and French representatives fought it out in the Men’s Singles trophy match.

Seeded 14 spots above his opponent, the second seeded player Panagiotis Gionis headed into the final carrying a high level of expectation on his shoulders and despite Tristan Flore putting up a brave fight there was no stopping Gionis (11-5, 11-6, 9-11, 5-11, 12-10, 11-6) as the 37-year-old won his first ITTF Challenge Series Men’s Singles prize.