Winner two years ago in Pattaya when beating colleague Xu Xin in the final, on Sunday 16th April, on home soil in the Wuxi Stadium, China’s Fan Zhendong retained the precious title. 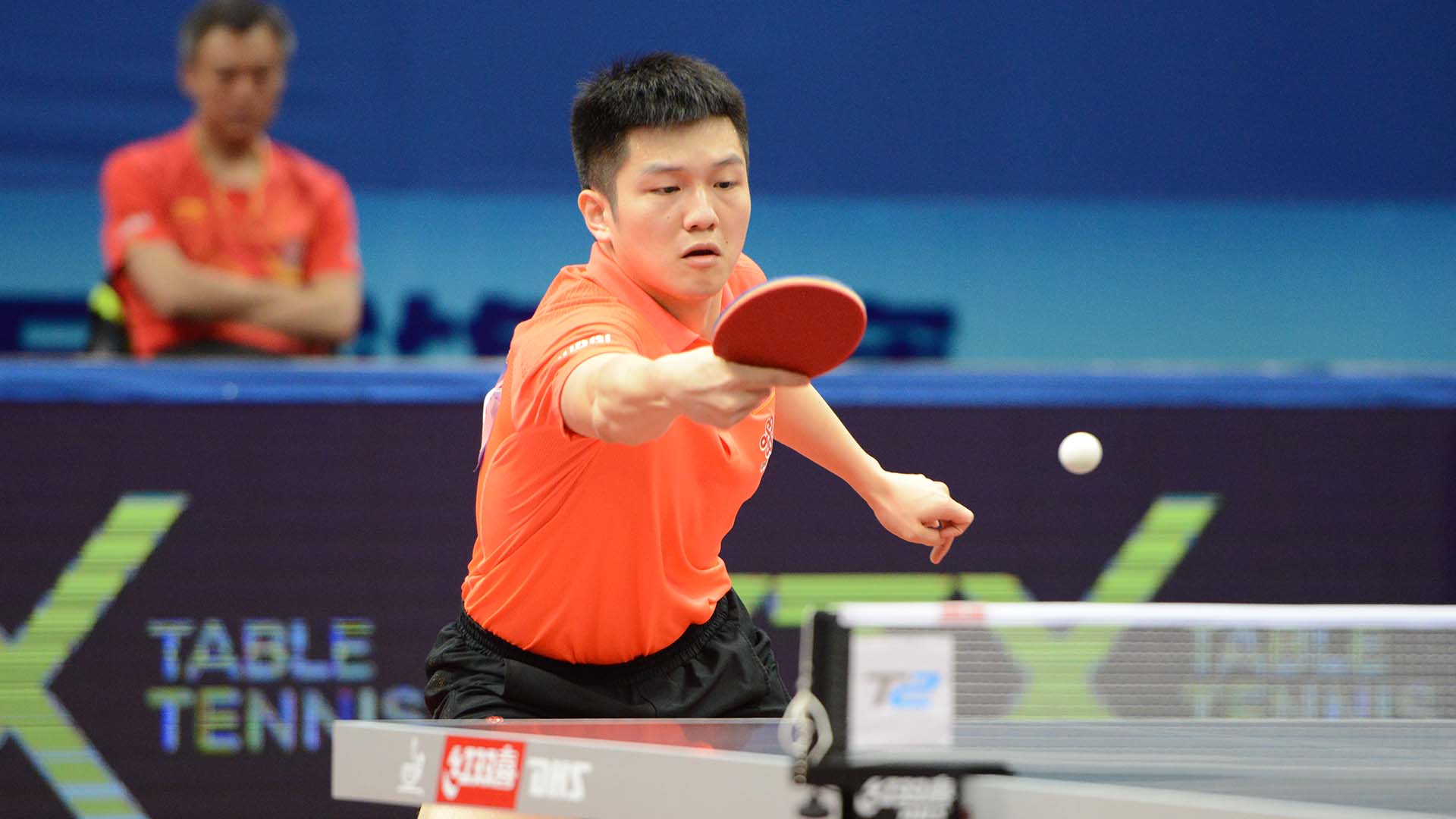 Currently a player with no World Ranking, Jeong Sangeun had exceeded all expectations to reach the final.

The potential had displayed in Palo Alto in 2007 when winning the Boys’ Singles title at the World Junior Championships came to fruition but against his successor of five years later in Hyderabad, it was a step too far.

“It’s been a tiring but happy trip here for the Asian Championships. I’ve never thought whether I will win or lose, or who my opponent will be, I was just trying to play each and every match to my best.” Jeong Sangeun

Fan Zhendong, 20 years old, seven years younger than Jeong Sangeun held the aces; his incredible ability to return the ball when all seems lost evident. He dominated the opening two games but in the third was tested by Jeong Sangeun who after taking a “Time Out” when trailing 3-6, he recovered to level at 8-all.

The mind sped back to earlier in the day when he had saved match point after match point against Japan’s Koki Niwa; could he do the same in the final and mount a recovery of epic proportions? The answer was in the negative; Fan Zhendong closed the door firmly, not one further point was surrendered by the Chinese star.

“Jeong has had a good tournament in both the team and singles events, defeating my teammate Ma Long and earlier today, coming back with three straight games to beat Koki Niwa. I didn’t expect that I would win three-nil in the final, I came into the match mentally prepared for any difficulty and came with the mindset to fight for every point. We faced some upsets from others in the tournament but that shouldn’t be something for me to be thinking about; it’s beyond my control. Instead, I was focusing more on my opponent, his strategies and my own mindset in the final.” Fan Zhendong

It is the 20th time in what is now 23 editions of the tournament that China has provided the winner; the last time a player not representing China won the event was when Chinese Taipei’s Chiang Peng-Lung prevailed in 2000 in Doha.

Also it was the first time for over a decade that the Men’s Singles final has not been contested by two players representing the People’s Republic of China; the last occasion was in 2005 when Wang Liqin beat Hong Kong’s Li Ching in Jeju-do, Korea.

In Wuxi, Fan Zhendong had the expectations of his nation on his shoulders; he has broad shoulders, he responded, once again the champion, once again he stood proudly on the top step of the medal podium.

Fan Zhendong, the champion, waved farewell with a bright smile on his face.