The top 16 men and women from the 2016 ITTF World Tour have assembled in Doha, Qatar for the Seamaster Qatar World Tour Grand Finals being held 8-11 December 2016. 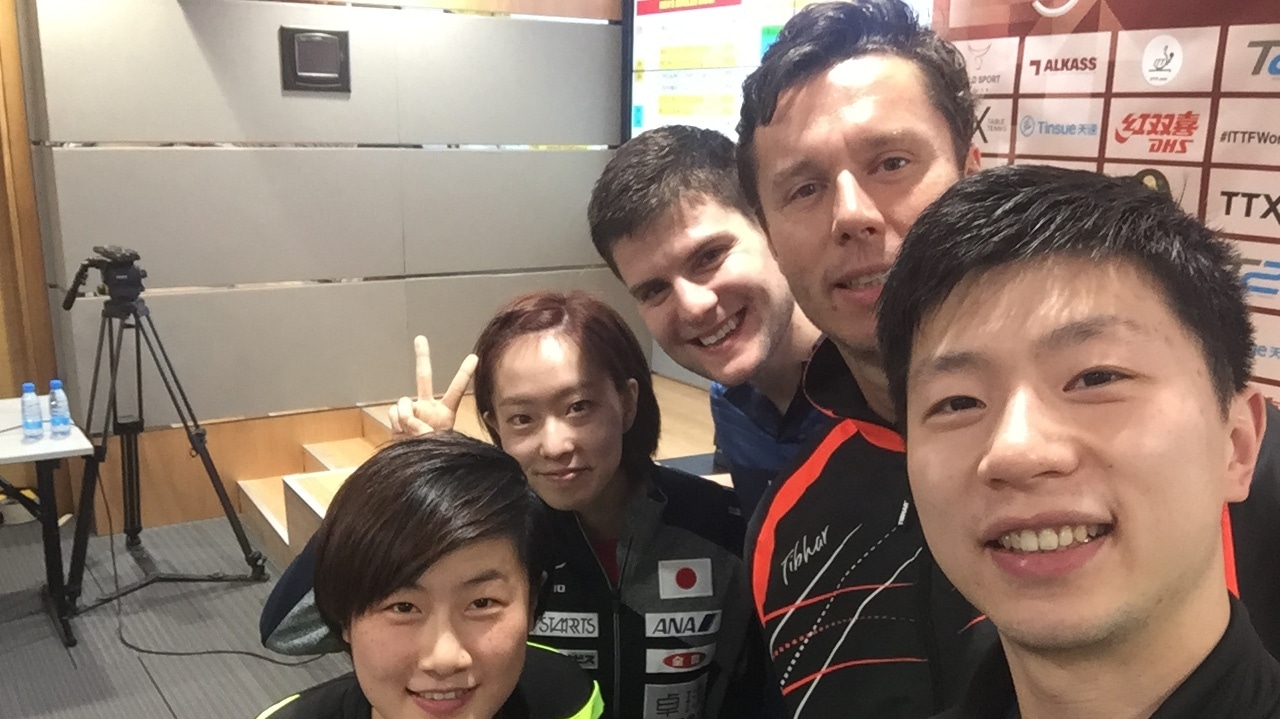 The world’s best players battled through 20 World Tour events across the globe to gather enough points to qualify for the $500,000 season-ending event.

As always, all eyes will be on World & Olympic champion MA Long of China who will be the red-hot favorite to defend the title he won last year in Lisbon. The odds for the 28-year-old were slashed even more as he was drawn in the other half of his two other teammates, world number two FAN Zhendong and number three XU Xin. This means MA will not have to face his Chinese teammates until the final.

“I am very happy to avoid my friend XU Xin in the draw. This is my last tournament of the year, so I want to finish the year of my dreams off in style, by winning the World Tour Grand Finals for the fourth time.”

Number two seed, 19-year-old FAN Zhendong, the man that MA Long beat in last year’s World Tour Grand Final, will be out for revenge for his 2015 defeat, and will want to keep up his momentum from winning the Men’s World Cup earlier in the year.

Double World Tour Grand Final champion Jun MIZUTANI (JPN) is making his first international appearance since winning bronze at Rio 2016, so confidence will be high for the Japanese superstar. Europe’s hopes rest with Dimitrij OVTCHAROV (GER) and Vladimir SAMSONOV (BLR), who will be bidding for their first World Tour Grand Finals crown.

Like fellow Olympic champion MA Long, DING Ning (CHN), is out to defend her World Tour Grand Finals title here in Doha. The 27-year-old stated after seeing her draw: “Allthe 16 players are qualified through many tough tournaments in 2016, so everyone here will be strong. I will prepare my best for every match, as each match will be difficult. I am here to win, and want desperately to defend my title.”

The Japanese trio of Miu HIRANO, Mima ITO and Hina HAYATA, fresh from their historic feat of becoming the Women’s Junior World Team Champions earlier in the week are ready to enter back into the senior stage, after all qualifying for the event here in Doha. Time will tell if they can transfer their junior form to senior success in Doha.

The Seamaster Qatar 2016 ITTF World Tour Grand Finals is the most lucrative table tennis event on the globe, with only the top 16 men and women players from the 20 2016 ITTF World Tour events securing their place in Doha. In addition to the singles competition, eight men’s and women’s doubles pairs and 8 men’s and women’s under 21 players have also be making their way to Doha to compete in the event.