Zhang Jike hit snooze before his quarterfinal match against Koki Niwa in Rio and was found sound asleep just moments before stepping out on court.

Zhang lost the first game and looked as though he had got out on the wrong side of the bed.

Liu Gouliang —  tactical virtuoso and all-round table tennis guru — wasn’t going to take the situation lying down and offered up some sound advice to his player:

OK, it wasn’t exactly Confucius level wisdom. But it worked.

Niwa should have kept quieter on the court.

But when CCTV picked up Liu’s ‘tactic’,  Zhang found that his nap had become a trending topic on Weibo — China’s number one social media site.

#WakeUpZhangJike was all over the web and memes quickly followed.

How we see Zhang Jike 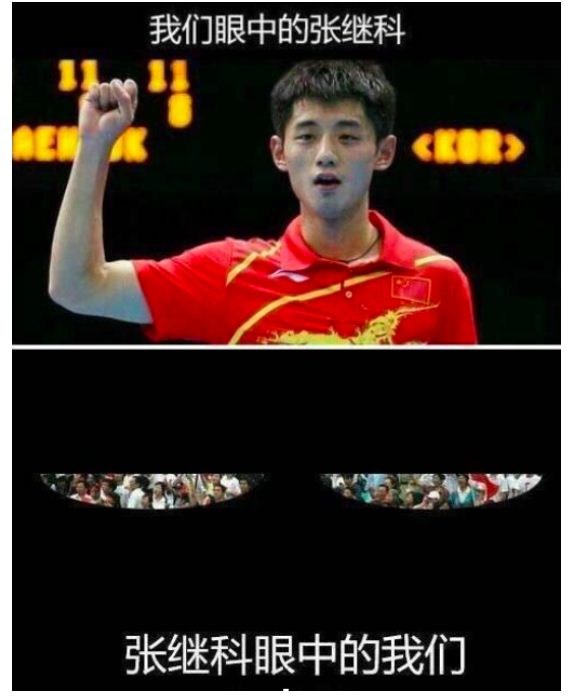 How Zhang Jike sees us

The effect was instant and new fans have flocked around the silver medallist’s account.

Before the Rio Games, Zhang Jike had 1.02 million followers. He now has over 3 million!

Ma Long may have won gold in Rio, but Zhang has won the internet’s affection.

But is a new hashtag on the rise?