Semifinals places for the Rio 2016 Olympic Table Tennis Women's Team has been finalized today, 13 August 2016 at Riocentro Pavilion 3, with all going according to the team seeding. 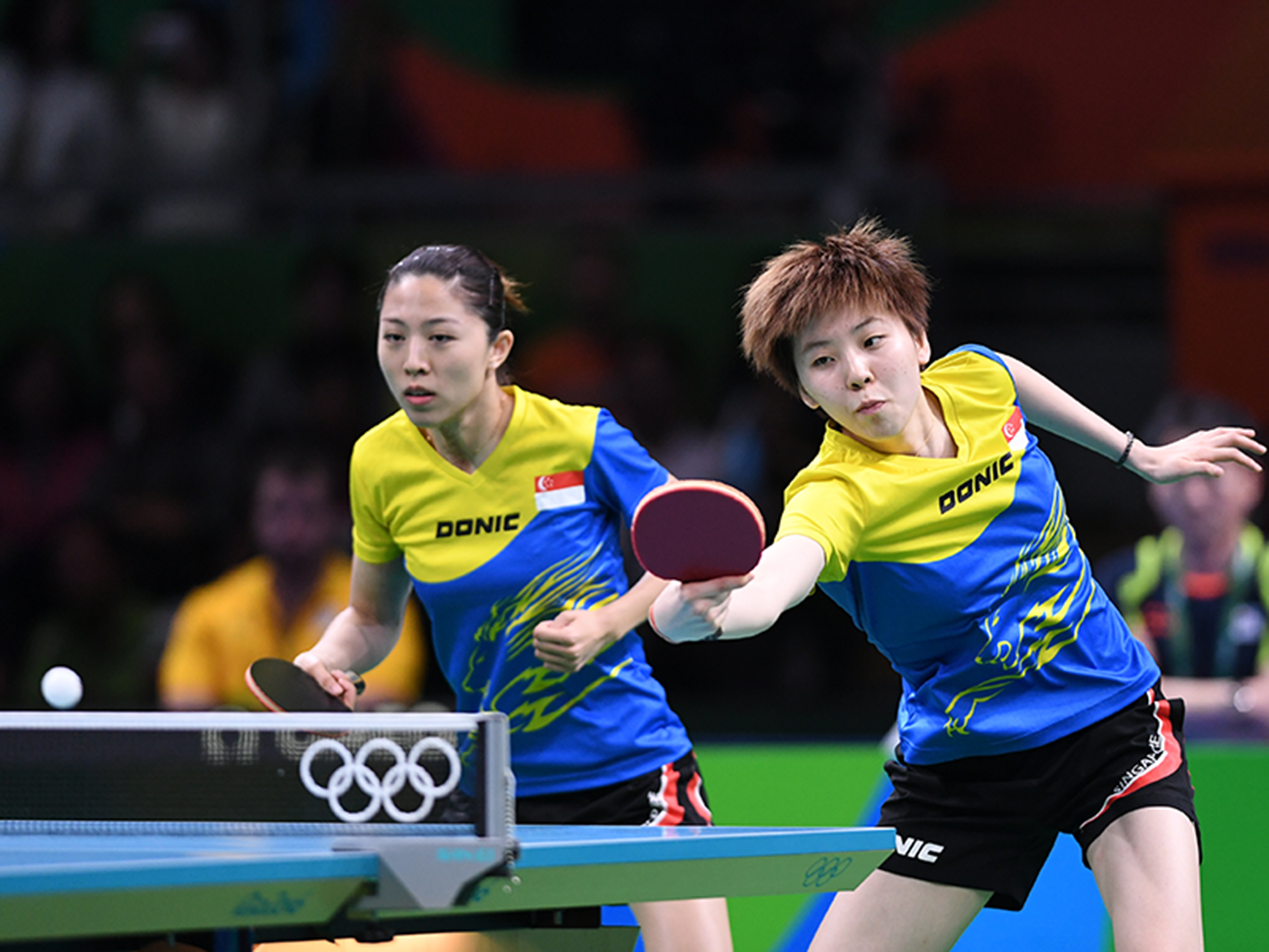 Singapore overcame Korea Republic 3-2 in an enthralling Quarterfinals encounter to move on and face off the defending Olympic Champions, China in the Women’s Team Semifinals.

YANG continued her strong form in the doubles match, which she won with world number eleven JEON Jihee, to challenge FENG into a 5 games duel, but It was the more experienced FENG who stood up to the test and seal the victory in front of a cheering Singaporean contingent led by the Republic’s President.

Winning two points for the team, FENG shared “It was an intense and tough match. I played the first and last match, so both are very crucial. It’s good that we didn’t come into the match with too much pressure, and all three of us fought hard for every point.”

Singapore will now meet top seeded China in the Semifinals, and will be looking to repeat their heroics at the 2010 World Team Championships, where they upset China to claim the first World Championships Gold for Singapore.

Women’s Singles Finalists LI Xiaoxia (CHN) and DING Ning (CHN) teamed with world number one LIU Shiwen in hope of claiming a third consecutive Team Gold since the team event was incorporated into the Olympic Games in 2008.

All attention was on KIM Song I (PRK), who was the surprise Bronze medalist in the Women’s Single event after shocking several top ranked players including world number six Kasumi ISHIKAWA and world number eight Ai FUKUHARA to claim the first ever Olympic Table Tennis medal for DPR Korea.

Meeting KIM for the first time, LIU stated “KIM Song I is very smart with her strategy, kept varying her playing style to create more challenges for me. I’m happy that I came through to win against her.”

Japan, who won silver at the London 2012 Women’s Team event, face the tough challenge of the Austrian women’s team, who were looking to repeat the success of their mens team earlier in the day. The Japanese women, having their eyes set on the Olympic team medal after missing out on an Olympic Singles medal, gave the Austrians no chance of recovery, winning 3-0 to make their third consecutive Semifinals appearance.

Japan will play Germany in the second Semifinal match. Fourth seeded in the Team event, the German trio of HAN Ying, Petrissa SOLJA and SHAN Xiaona had knocked out a spirited Hong Kong team 3-1 to make it to their first Olympic Team Semifinals.

In addition to the Women’s Quarterfinal matches, the second half of the men’s Round of 16 matches were played today.

The blockbuster tie was between Austria and Portugal, who are respectively the 2015 and 2014 European Team champions. Every match was extremely close, but it was Austria who prevailed 3-1 to book their ticket in the Quarterfinals.

Austria will face the London 2012 silver medalists Germany, who survived a scare to beat Chinese Taipei 3-1. Both of Germany’s top players Timo BOLL and Dimitrij OVTCHAROV had a point to prove after their earlier than expected exits from the Singles event. They both bounced back brilliantly to win their singles matches and secure the win for the number two seeds, despite losing the doubles tie.

Japan were expected to beat Poland easily to move to the next round, but they were pushed much more than expected. It was up to the singles bronze medalist Jun MIZUTANI to save Japan by winning both his singles matches to help Japan win 3-2 a place in the Quarterfinals against Hong Kong China, who defeated Australia 3-0.