Great Britain and France produced a marathon table tennis exhibition in the first round of the Men's Team event which started today at the Rio 2016 Olympic Games at Riocentro 3. 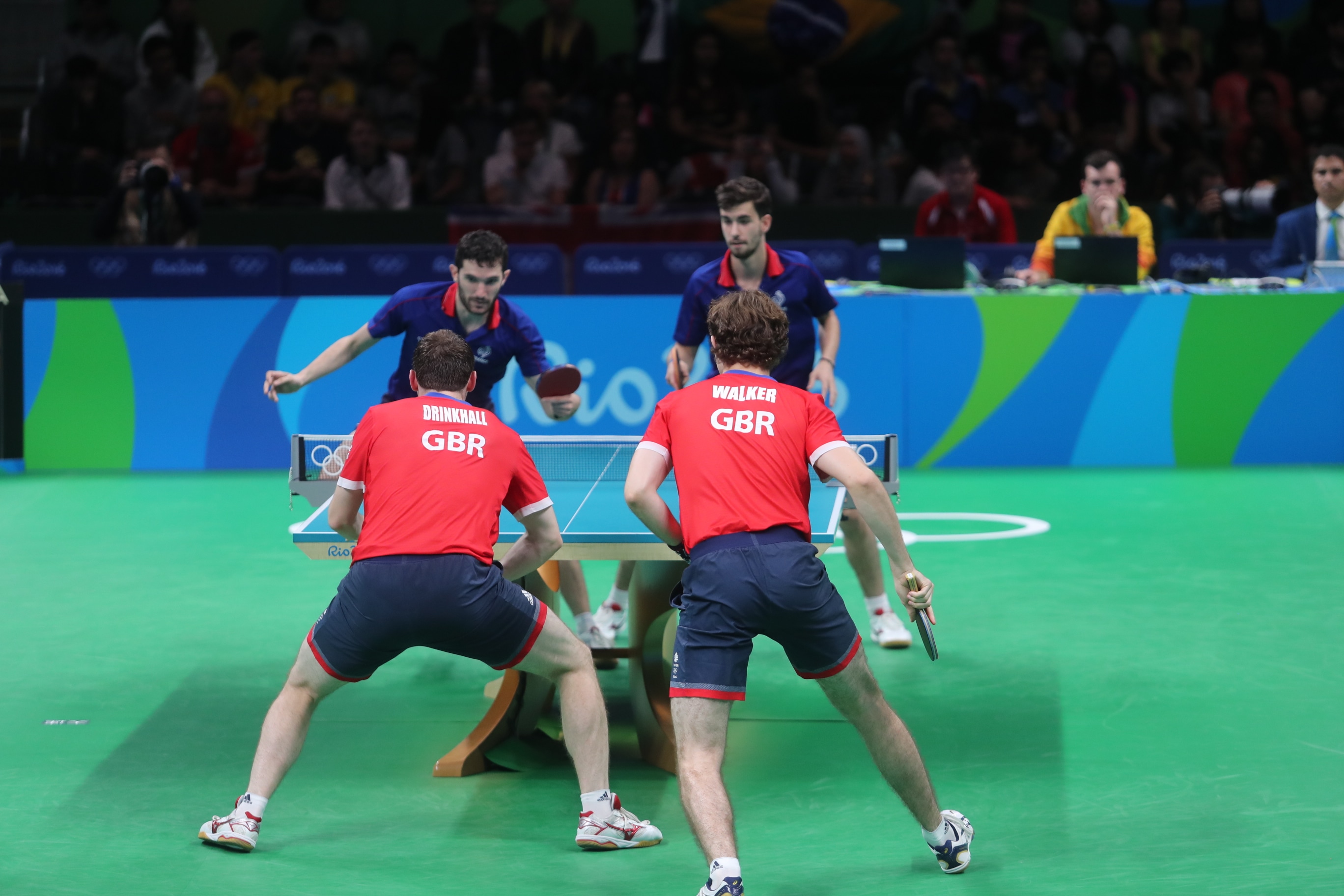 Great Britain was the victor 3-2 in the four hour epic Quarterfinals that had every singles match going to the maximum five games, 25 in total which has never happened before in Olympic history.

World number 131 Sam WALKER was the hero for Great Britain, saving three match points to defeat world number 17 Simon GAUZY 3-2 to to repeat their shock win over France earlier this year at the Perfect 2016 World Team Table Tennis Championships, where they won bronze.

WALKER who was not selected to play singles for Great Britain stated after his unlikely win: “I was very focused, obviously it is a noisy hall. But the support of our guys, and it was amazing, that kind of helped me get through it. When he (Gauzy) was up 10-7 (in the decider), I was still focused and I never stopped believing that I could still win it, and I did. I am stoked!”

MA stated “It’s the first team event, and it’s a good start for us. Jike and I played the Men’s Singles Final last night so we didn’t really have time to prepare for the Team event, so both of us hope to quickly adjust our mindsets and get ready for the Teams. For XU Xin, he has been preparing here for half a month to get ready for tonight.”

Changing roles from rivals to teammates, the world number one stated “We both understand the situation, we both completed our goal to reach the final, and it’s for sure one of us will win, and the other lose. Before we came to Rio, we both were mentally prepared, and have the understanding that regardless what the Singles outcome is, we are still teammates to support each other for the Team event.”

Despite a capacity crowd cheering them on, the Brazilian Men’s Team was knocked out by a rampant Korea Republic team 3-0. The Koreans will take on Sweden in the quarter finals who were just as strong, beating the USA 3-0.

The day concluded with the confirmation of the Women’s Team Quarterfinalists who will continue their quest for the three women’s Olympic medals available for grabs.

Top seeded China and 2015 World Team Cup runner-up DPR Korea are having an early meeting in the quarterfinals after dominating 3-0 over their opponents Brazil and Australia respectively.

Rio 2016 Women’s Singles Champion DING Ning (CHN) shared about the Chinese team’s expectations of their upcoming Quarterfinals, “DPR Korea players playing in Rio are at their top level and they are not afraid to fight,”while world number one LIU Shiwen added that “We will have to do a lot of preparations for the match tomorrow!”

Korea Republic has set up a meeting with London 2012 Bronze medalists Singapore, after avenging their 2014 World Team Championships loss to the Romanian team with a narrow 3-2 victory.

Second and third seeds Japan and Germany swept Poland and USA respectively to head their way into the Quarterfinals. They will be joined by Hong Kong and Austria.

The Rio 2016 Olympic Table Tennis Team event is played with two singles, one doubles, followed by another 2 singles matches. Each team has three players, and no player may compete in more than two matches in any one fixture. Each match is best of five games, and the first team to win three matches is declared the winner.