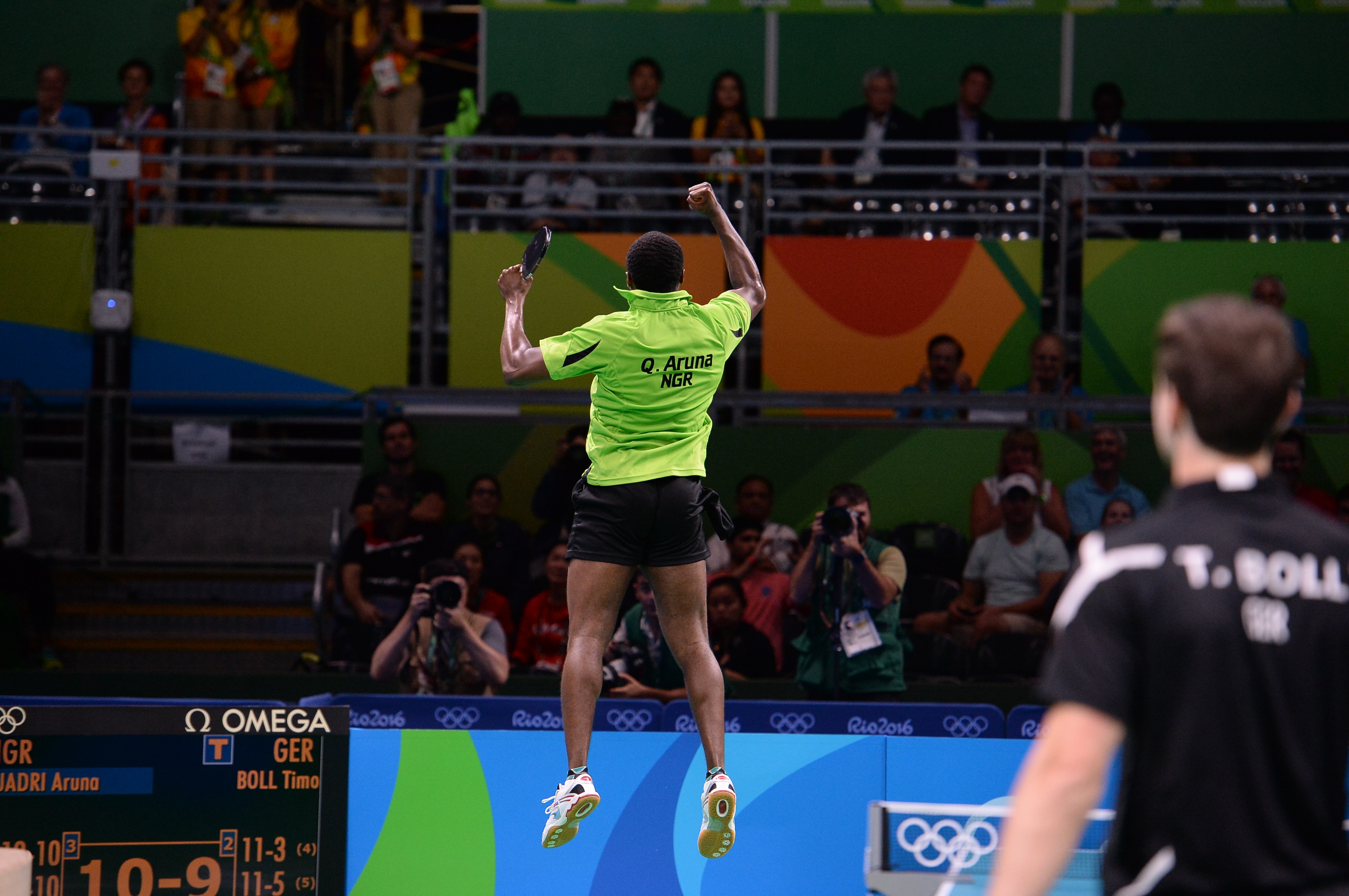 2014 ITTF Male Table Tennis Star Quadri ARUNA was in unbeatable form against former world number one, and six-times European Champion Timo BOLL (GER) in the battle for a quarterfinal spot, prevailing 12-10, 12-10, 11-5, 3-11, 5-11, 11-9 to become the first African table tennis player to make it through to the quarterfinals where he will play World Champion MA Long (CHN) for a place in the semifinals.

After a tough 4-3 opening match against LI Ping (QAT) earlier today, third seeded Dimitrij OTCHAROV was put through another challenge in the Round of 16 against Slovenia’s Bojan TOKIC, especially in the first game! The first game finished 33-31 to TOKIC, which is a world record score. This insane game went for a whopping 26 minutes, which is longer than a lot of the full matches here at Rio 2016.

On the game that will go down in table tennis folk law, OVTCHAROV stated: “It was very cool to be a part of this world record game, but it is a shame that I didn’t get to win it.”

The capacity Brazilian crowd went home disappointed, after a spirited Hugo CALDERANO (BRA), who played the tournament of his life lost against the number four seeded Jun MIZUTANI (JPN). MIZUTANI’s win sets up an intriguing clash with Marcos FREITAS (POR).

Similarly, for NIWA’s teammate Ai FUKUHARA, who have lost several high profile matches in the last year, the table tennis community have raised much doubt with her being selected for the Women’s Singles over 15-year-old Mima ITO.

“Olympic is very special, not same as other international events. It’s really not easy. I trained very hard in these months just for the Olympic game here in Rio. I’m now sure my practicing is paying off,” shared the Japanese star. “It was a big turning point when I was 10-10 score in the 2nd game. It was a big advantage for me when I got 12-10 score at that game finally.”

FUKUHARA will continue her quest for an Olympic medal against the London 2012 bronze medalist FENG Tianwei (SIN) tomorrow.

The final two women’s quarterfinal matches will be contested between the number one seed DING Ning (CHN) and HAN Ying (GER) and between the reigning Olympic champion LI Xiaoxia (CHN) and CHENG I-Ching (TPE).