Liu Shiwen With A Strong Desire In Rio

Liu Shiwen is one of the assets of the Chinese Women’s Team in the Rio Olympic Games. She is currently the top seed in the women’s division. But because of the lack of experience, she will be playing only in the Team competition. Despite the role, Liu Shiwen is definitely not depressed. Instead, she is very inspired to win in Rio. 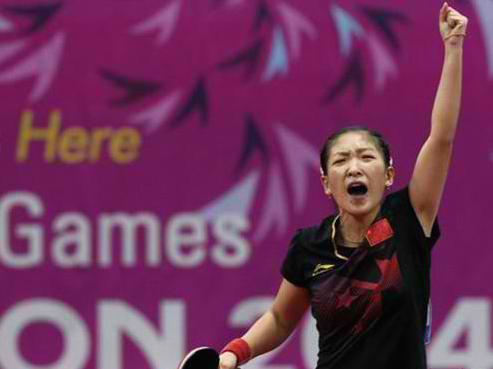 Liu Shiwen fought hard to be qualified for the Rio Olympics and now that she earned her qualification, she is set for a victory.

“Whatever what will happen, the Olympic Games is one battle field. Every opponent is the same, we just have to adhere with the goal. I want to get the championship. This desire and aspiration is very strong. This can win over any difficult thing or environment.” This was Liu Shiwen’s words a week before she and the rest of the Chinese delegation traveled for Rio De Janeiro.

Last July 13, the Chinese Women’s Team had their warm-up match where the top seed Liu Shiwen defeated Mu Zi in 3-0. According to her, her performance in that particular match was just around 70 to 80 percent.

“Through this warm-up match, the most important thing to earn is the momentum and being able to summarise a lot of things. Today, we have prepared even more strong confrontations. Mu Zi is strong. I just played one point at a time. Of course, being able to win is a good thing for my confidence.” Liu Shiwen said.

Liu Shiwen is the Olympic third person of the Chinese Women’s Team which means that she will only play in the Team competition. This also means that, there will be much idle time for her before she sets foot on the arena.

“Since there is a long time before I get on the arena, it would be more important to maintain my good condition.” She concluded.