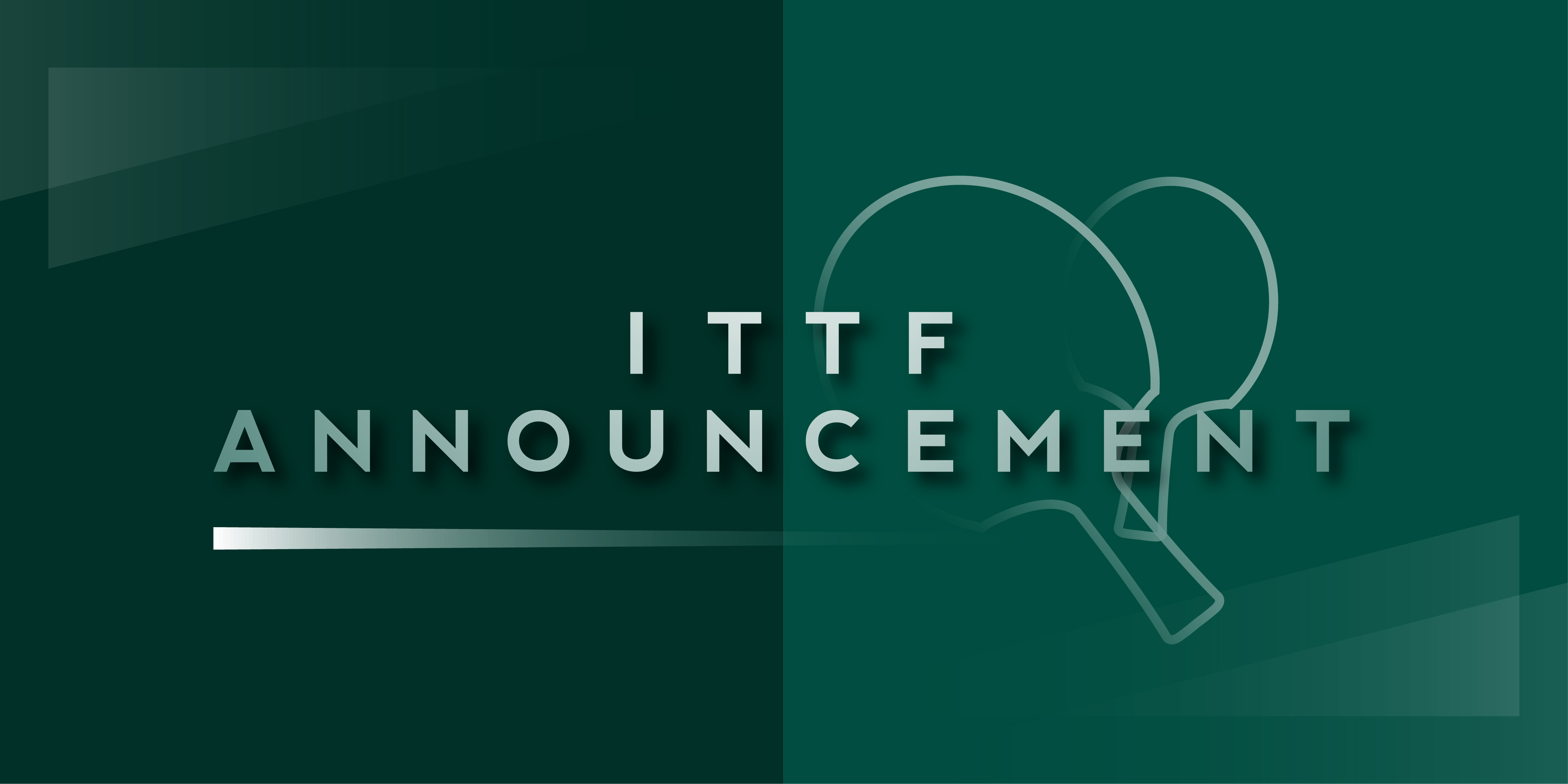 Initiated by the late Ichiro Ogimura, some 30 years ago when President of the International Table Tennis Federation, nominations for members of the Athletes Commission are invited.

The Athletes Commission is an elected body which serves as a link between the athletes and the ITTF, ensuring the athletes’ viewpoint remains at the decisions of the governing body. As the ITTF continues to work towards more gender-balanced representation, for the first time, two members of the Athletes’ Commission – one male and one female – will sit on the Executive Committee.

The deadline date for nomination is Wednesday 12th October 2022. Nominations must be submitted as follows:

After the vetting process of the Nomination Committee, candidates will be unveiled on Friday 21st October. They will be allowed to campaign for two weeks, according to the regulations.

Voting will be online, using LUMI ®, from Monday 7th to  Sunday 13th November with winners announced on Monday 14th November.

The tenure of office is four years, a total of 10 seats are open for elections in the Commission:

In December, the 10 elected members will be invited to the ITTF Summit. Alongside Ryu Seung-min, member of the IOC Athletes Commission, and ITTF Athletes Commision ex-officio member. They will elect two chairs, from different genders, in addition to two deputy chairs.

The elected chairs will serve as members of the ITTF Executive Committee for the period 2022 to 2026.